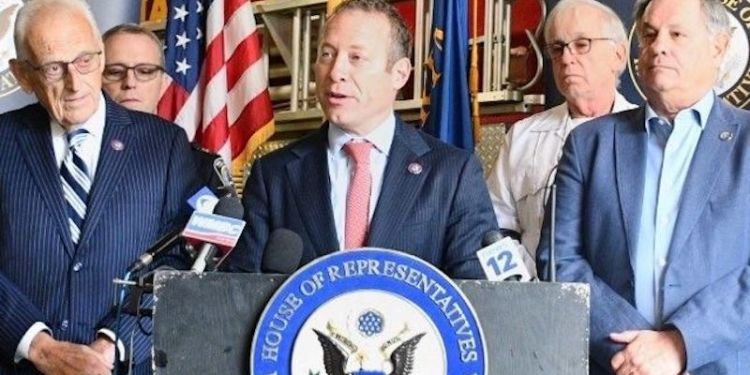 Following are the results of some of the key municipal races in Bergen County held Nov. 8

Bergen County Executive James Tedesco was reelected to a third term, beating Republican Todd Caliguire by a 55%-45% margin, according to the results on the Bergen County Clerks website. Three Democratic commissioners also won re-election over their Republican opponents to maintain their unanimous hold of seven seats.

Republican Christopher DiPiazza has won the mayor’s office in Paramus, defeating Democrat MariaElena Bellinger and flipping the town to Republicans.

After Democratic incumbent Richard LaBarbiera announced he would not seek re-election,  DiPiazza and Bellinger were selected by their town’s parties to run for Mayor. Two Republican-held council seats were up this year as well, and Republicans retained both: Councilwoman Jeanne Weber and John Migliaccio defeated Democrats John Tabor and Mark Distler.

The incumbent mayor is Democratic Christopher Chung, but he wasn’t on the general election ballot this year after losing to Kim in the Democratic primary.

In Bogota, a Republican councilman has lost his bid to retain his seat. Democratic candidates John Mitchell and Patrick McHale received 1,203 and 1,177 votes, respectively. In third place was Councilman Michael Connors, with 977 votes, followed by GOP candidate Rebecca Youla with 944 votes.

It was a big night in Dumont for Republicans, as they won the three seats that were up for grabs on the town council. GOP candidates Doreen Aponte and Donald Morrell defeated incumbent Democrats Lisa Rossillo and Conor Gorman for the two three-year council seats. Aponte is the lead vote getter with 3,005, followed by Morrell (2,966), Rossillo (2,726) and Gorman (2,684).

In the race for an unexpired seat, Republican Thomas Keely recorded a 559 vote win over Democrat Damon Englese.

Democrats in East Rutherford won another seat on the council. Incumbent Democrat George Cronk received the most votes in the race for two three-year council seats with 1,270 votes. He is followed by fellow Dem Jason Bulger with 1,239. GOP Councilwoman Nancy Banca is in third with 1,128 votes and Republican candidate Theresa Matraxia is fourth with 1,039 votes.

In a race with four newcomers, Englewood Cliffs will send two Democrats to the town’s council for three year terms Dems Kris Kim (948) and Melanie Simon (923) beat Republicans Carol Jacoby (853) and Timothy O’Shea (845) in town that has been the center of political infighting the last several years.

Voters in Haworth appeared to have split their tickets for the four races on the ballot. Democrat Heather Wasser leads Republicans Michael Bain by 19 votes (753-734) in the race for Mayor. And Dems lead for the one year expired term on the council, as Lisa Dhamija is up by a 770-667 vote margin over Republican Cora S. Koch.

Mahwah is slated to have a new member on its council. While three current council members—Jonathan Wong, Robert Ferguson III and Janet Ariemma—have a firm hold on the three top spots, Ward Donigan is currently ahead of incumbent George Ervin by about 60 votes for a four year term.

Northvale Republicans have won the three seats in this year’s municipal race. GOP Candidate Joseph McGuire has a lead of 1,014-722 over Democrat John Hogan for the four year term as mayor. And Republicans Martin Mattessich (938) and Domenico Menafra (936) are beating Denioratic Councilman Louis DeLiso (782) and Suzana Nikac (699) for two full-time council seats.

Ridgewood is set to welcome two new council members as Evan Weitz and Siobhan Winograd were the two top vote getters in the village election, 3,578 and 3,455, respectively. Incumbent Susan Knudsen finished third in the race for the four year term with 2,604 votes, followed by James Van Goor with 2,165.

In the council race in Teaneck, incumbent Elie Katz was reelected with 6,028 votes. She will be joined by Danielle Gee (6,371), Denise Belcher (6,272) and Hillary Goldberg (6,056). Among those in the nine person field on the outside looking in was Councilman Keith Kaplan, who received 4,540 votes.