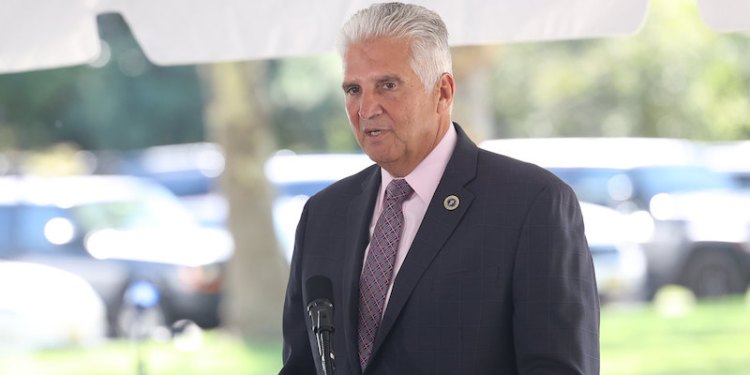 Following are the results of some of the key municipal races in Essex County held Nov. 8

A special election convention was called with Burgess emerging  as the choice of a majority of county committee members. Burgess won the convention uncontested; she was sworn into the Senate on September 29.

Joe DiVincenzo has won a massive landslide re-election against Republican Adam Kraemer to capture his sixth term as Essex County Executive, (124,158-31,081). This was Kraemer’s 12th defeat in bids for various public offices.

Republicans have regained control in Caldwell, with Republican Garrett Jones defeating former Democratic Councilman Frank Rodgers for the mayor’s office by a 1,524-1,303 margin. Additionally, two Republicans flipped seats on the borough council—Kris Brown (1,549) and Darren Daniolowicz (1,502) beating Frances DePalma-Iozzi (1,266) and Jeffrey Gates (1,256).  Heading into this election, Democrats held a 4-2 majority on the borough council but Arthur Rees and Kenneth Tilton did not seek reelection. The council was briefly 6-0 Democratic, but Republicans flipped two seats last year and the majority will be 4-2 in Republicans’ favor starting in 2023.

Roseland voters split their ticket in voting for a Republican and Democrat on the borough council. GOP candidate Jean Perrotti received the most votes with 1,396, followed by Democrat Marcelino Trillo with 1,334. Republican Robert Nichols, Jr. was third with 1,242 and Dem John Biront was fourth with 1,210.

Montclair voters overwhelmingly approved a ballot question, voting yes by a 5-1 margin for the board of education to issue bonds to pay for $187.7 million in capital improvements at 15 schools and athletic facilities.