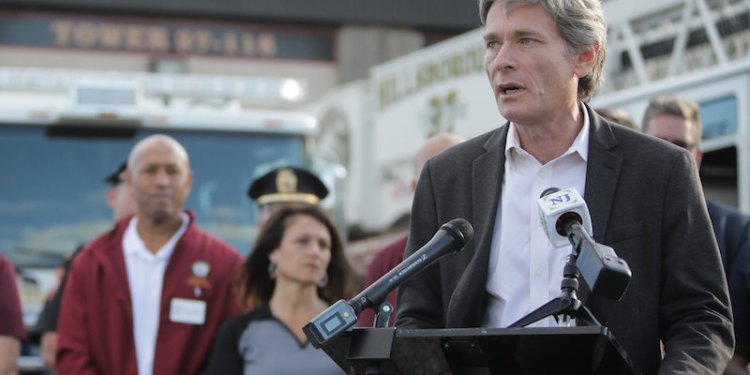 In a press release sent out at 11:20 a.m. Nov. 9, Malinowski said that he was “deeply grateful to the people of the 7th District for the honor of representing you, and I congratulate Congressman-Elect Kean.”

The concession from Malinowski ends a hard fought battle in a race that national Republicans had targeted in order to win back control of Congress. On Election night, Kean Jr. said that he was on “the trajectory for victory” as he had a lead of about 13,000 votes over Malinowski when he addressed supporters. As of noon Nov. 9, Kean had received 153,082 votes compared to Malinowski’s 139,404.

Could not Overcome Redrawn District

Malinowski had held an advantage for most of the night, but the race broke for Kean after 11 p.m. Malinowski won the district by only 5,000 votes in 2020 and defended a district that was less friendly after the Congressional maps were redrawn.

The redrawn district was an issue raised by the Democrat in his concession.

“While we did as well or better than in 2020 in the communities I have represented these last four years, and I expect the results to tighten further as all votes are counted, the new district proved too much of a hurdle to overcome,” said Malinowski.

The race garnered national attention as Republicans Congressional PACs spent  approximately $4.0 million to help Kean. The son of the former governor, Kean ran a campaign that had little interaction with the press and proclaimed that he would “break the back of inflation,” cut spending without offering specifics and focused on the investigation of Malinowski for stock trades while in office.

For the 54-year-old Kean, the fourth time was a charm in his attempt for higher office then his Assembly or State Senate races. He had previously lost in a bid to be the GOP nominee in the 7th in 2000 to Mike Ferguson, to Bob Menendez in 2006 race for U.S. Senate, and his loss two years earlier in the 7th District.

Additionally, he was mentioned as a potential Republican candidate for governor in the 2017 New Jersey gubernatorial election, but passed on the opportunity to seek the nomination.

Malinowski sought to tie Kean to Donald Trump and the MAGA policies of his administration. Abortion played a prominent role during the campaign, with the Democrat pointing to Kean’s record in Trenton of voting against a woman’s right to choose.

Malinowski, in a district that had been in GOP hands since 1981 before the Congressman won in 2018, said he was proud of his campaigns that were centered on people and principles.

“It was, as in my other campaigns, built from the grass roots up and spoke directly to the concerns and hopes of hardworking people all across our region,” he said.

The former Obama Administration officials noted that the accomplishments of his four years in office, from infrastructure to health care to fighting climate change, were now more secure because of Democrats. The New Jersey House delegation for the next term will stand at nine Democrats and three Republicans.

Malinowski took a bigger picture look at the night, claiming that his centrist ideals in fighting Trump and extremist Republicans that he had pursued during the campaign took hold across the U.S.

“I’m gratified that across the country, Americans chose moderation over MAGA, while passing referenda protecting a woman’s right to choose,” he said. “Our democracy and our freedoms are in stronger shape today than many predicted.”