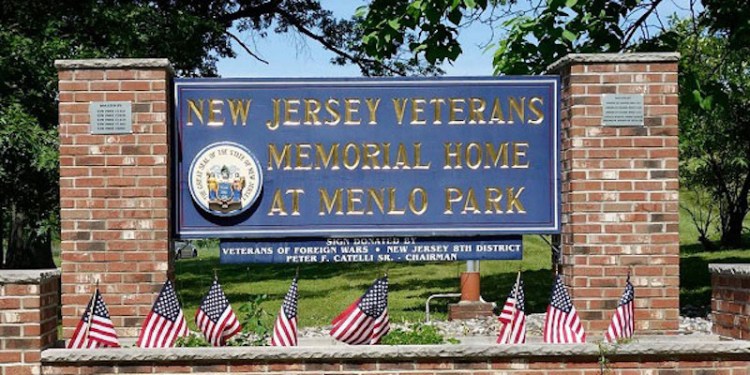 State Sen. Joe Pennacchio (R-26) is decrying the treatment of veterans as another critical report of a state-run nursing home was revealed.

State health inspectors were sent to the Menlo Park facility after it was revealed in August that a large COVID-19 outbreak starting around Thanksgiving of 2021 had resulted in the deaths of another 19 veterans. A published report found that 45% of the workforce and one-third of the residents at Menlo Park were infected due to a failure to quickly implement infection controls once people started getting sick.

In addition to finding “a serious and immediate threat to the safety and well-being” of residents, inspectors found untrained caregivers and instances of physical and verbal abuse of residents.

Pennacchio said the 300-page report again shows the Murphy administration is failing to protect residents of state-run veterans homes nearly three years after hundreds of residents died at the start of the pandemic.

“The new report is a sad reminder that the Murphy administration continues to fail in its duty to protect the residents of the Menlo Park Veterans Memorial Home,” said Pennacchio. “It’s also beyond belief that they still haven’t implemented effective infection control procedures after nearly 200 residents died in veterans homes at the start of the pandemic. Our veterans deserve so much better.”

During testimony on April 25, Adjutant General Lisa Hou, who heads the New Jersey Department of Military and Veterans Affairs, told members of the Senate Budget and Appropriations Committee that her department is cooperating with the state Commission of Investigation as they probe the actions that claimed the lives of more than 200 residents combined at the Veterans Memorial Home in Menlo Park and Paramus.

Pennacchio, one of the most prominent critics of the Murphy Administration’s response to the pandemic, continued his campaign for an investigation by the Trenton lawmakers and said the continuing failures are a result of the Murphy administration never being investigated or held accountable for massive pandemic mismanagement.

“Every effort to understand what went wrong in our veterans homes and nursing homes has been blocked by legislative Democrats and the Murphy administration,” said the Morris County lawmaker. “After nearly three years, the Governor still has not conducted the long-promised ‘postmortem’ of his administration’s pandemic response. If he does finally issue a self-critique, it’s likely to be as transparent as tar.”

“Until we conduct a thorough, independent investigation of the systemic mismanagement of our veterans homes since the start of the pandemic, we will never fully solve the problems that continue to lead to the unnecessary loss of life,” said Pennacchio.