Party Faithful to Murphy, Christie: Do Not Run for President 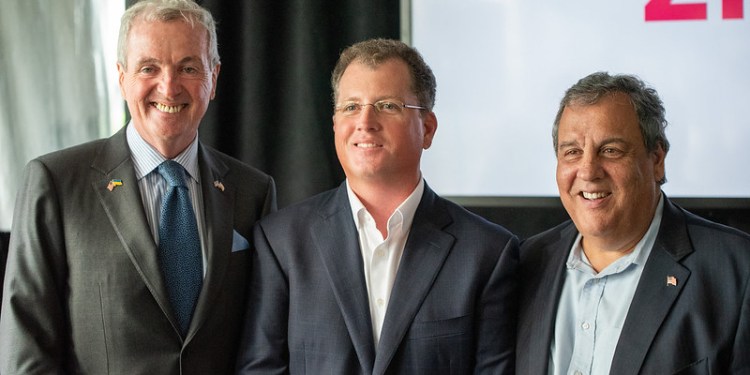 In the lead up to Tuesday’s election and after the results, both parties have talked about moving on from a 2020 rematch of President Joe Biden and Donald Trump as being the candidates for their respective parties.

New Jersey residents want to add two other names stricken from the conversation—the current Governor of the Garden State and his predecessor.

With Democrat Phil Murphy and Republican Chris Christie positioning themselves to run for their party’s nominations in 2024, a recent Fairleigh Dickinson University found they are lacking support from New Jersey voters in a survey that only asked Democrats and Republicans about their party’s choice.

No to Murphy, Christie

In the poll released Nov. 9, just 30% of Democrats in the state say that they think Murphy should run for President in 2024. Fifty percent say that he shouldn’t run, and 20% say that they aren’t sure.

But those numbers lap the view Republicans have of Christie, who ran to be the GOP nominee in 2016. Christie garnered only 12% support from New Jersey Republicans who say that he should run, with 80% saying that they don’t think he should

“Democrats are relatively happy with the job Murphy is doing as governor,” said Dan Cassino, professor of Government and Politics at FDU, and the Executive Director of FDU Poll. “But there’s just no appetite to see either of these guys run at the national level”

Murphy’s approval rating is currently underwater with New Jersey residents: 40% approve of the job Murphy is doing as governor versus 42% disapproving. His approval is higher—67 %— among Democrats, but even that figure is below historical norms for an incumbent governor among his partisans.

More Independents disapprove of him (46%) than approve (42%), and only 7% of Republicans say that he’s doing a good job. But even among Democrats who approve of the job that Murphy is doing as governor, only 35% say that he should run for President.

“Murphy is counting on the idea that gubernatorial experience translates into Presidential prospects,” said Cassino. “But even Democrats who think he’s done a good job in the state house don’t want him running for President.”

Whatever his problems may be, Christie’s relationship with former President Trump doesn’t seem to explain why he’s having trouble appealing to New Jersey Republicans. After a poor showing in the New Hampshire primary in 2016, Christie suspended his campaign and would endorse Trump 10 days later.

Since then, Christie has been both a supporter of Trump—including helping him with debate prep against then candidate Biden—and critic, especially in Trump’s attempt to overturn the election.

While President Biden won handily against Trump in the 2020 Presidential election in New Jersey, 78% of New Jersey Republicans say that they voted for Trump. Among those Republicans, only 11% say that Christie should run for President and among the smaller group of Republicans who didn’t vote for Trump, only 13% of them say that the governor from 2010-2018 should run.

“Going back and forth between cozying up to Trump and attacking him means that Christie has managed to alienate just about everyone in the Republican Party,” said Cassino. “If he wants any kind of constituency in 2024, he’s going to have to hope for a widespread outbreak of political amnesia.”

The talk of Murphy running has increased since his win for a second term last year (due to term limits, the former Goldman Sach executive can not run for governor again) and his high profile roles with national governors associations.

Additionally, the Stronger Fairer Forward PAC was formed to help candidates who support Murphy’s issues of affordability and strengthening the middle class earlier this year that is chaired by New Jersey First Lady Tammy Murphy. Since forming earlier this year, it contributed more than $300,000 to campaigns across the U.S. this cycle.

Murphy has made his support for abortion rights a centerpiece of his governorship, and his role as a national leader among Democratic governors in the aftermath of the Dobbs ruling. But that has not translated in a push for a Presidential run from pro-choice resident of New Jersey.

“Abortion is an issue that hits hardest among more liberal Democrats,” said Cassino. “And right now, those Democrats don’t want to see Murphy or anyone else running against Biden.”