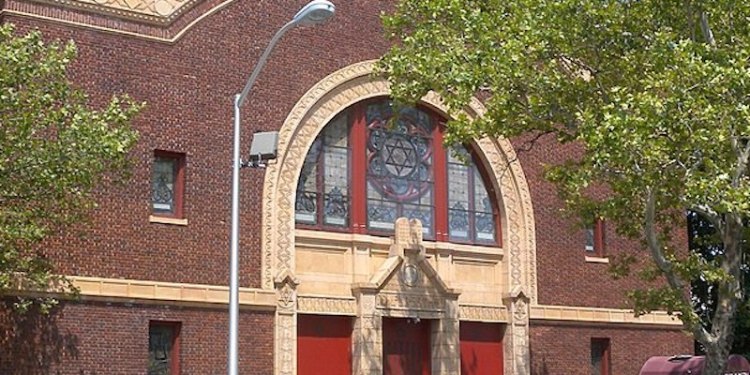 A Middlesex County high school senior was arrested and charged with communicating the threat to a New Jersey synagogue that caused the FBI to issue a threat warning to Jewish houses of worship last week.

The U.S. Attorney’s Offices for the District of New Jersey announced that on Nov. 10, 18-year-old Omar Alkattoul was arrested and charged by complaint with one count of transmitting a threat in interstate and foreign commerce on or about Nov. 1, 2022.

“No one should be targeted for violence or with acts of hate because of how they worship,” U.S. Attorney Philip R. Sellinger said in a statement.

“According to the complaint, this defendant used social media to send a manifesto containing a threat to attack a synagogue based on his hatred of Jews. Along with our federal, state and local law enforcement partners, we acted swiftly to respond to the alleged threat,” he continued.

Atkattoul, a resident of Sayreville, appeared before U.S. Magistrate Judge Jessica S. Allen in Newark federal court on Nov. 10. The judge denied Alkattoul bail, saying he still poses a danger to the community.

In the press release, Sellinger’s office outlined how Alkattoul used a social media application to send a link to an individual entitled “When Swords Collide,” and the defendant admitted he had authored the document.

In a second report, another individual reported Alkattoul had shared the document with at least five other people on another social media application.

In the letter, Alkattoul identified himself as “the attacker” said he targeted a synagogue “for a really good reason according to myself. Let’s be aware of the fact that the Jews promote the biggest hatred against Muslimeen even in the west.”

“There is nothing the U.S. Attorney’s Office takes more seriously than threats to our communities of faith and places of worship,” said Sellinger. “Protection of these communities is core to this office’s mission, and this office will devote whatever resources are necessary to keep our Jewish community and all New Jersey residents safe.”

In court, prosecutors detailed how Alkattoul sent an online message on Sept. 11, saying “do not make fun of 9/11 because 19 good martyrs died on that same day.” And on the morning of his arrest, he posted online that he “simply wants to kill all freshman in my school.”

Special Agent in Charge James E. Dennehy noted credible threats to the community, especially when caused by a hatred towards religion, race, sexual orientation, or gender, were always taken seriously, but the support of local partners was needed to properly mitigate a threat.

“Thanks to the collaborative efforts among our Joint Terrorism Task Force Members, a potentially harmful situation was averted…Let it be known that when a threat of violence comes to our attention, the FBI and our partners will respond to keep the public safe,” he said.

The charge of transmitting a threat in interstate and foreign commerce is punishable by a maximum penalty of five years in prison and a $250,000 fine.

Bear Hunt to be Reinstated in North Jersey this Year