Assemblyman Kevin Rooney Will Not Seek Reelection Next Year 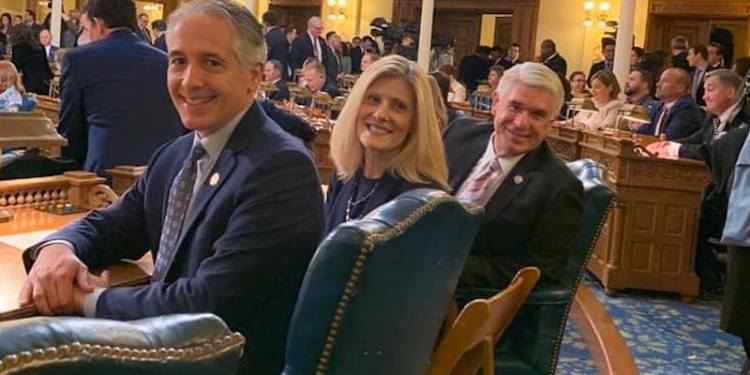 With Assemblyman Kevin Rooney (R-40) retiring from the New Jersey State Legislature at the end of the current term, Essex County Republican Chair Al Barlas plans to succeed him on the GOP ticket in November 2023.

In a Nov. 10 announcement, Barlas said he will be running alongside state Sen. Kristin Corrado (R-Totowa) and Assemblyman Christopher DePhillips (R-Wyckoff) in the newly-redrawn 40th district, a decision that has received the thumbs up from GOP leaders across Bergen, Essex and Passaic counties.

Barlas, who has been Essex County’s Republican chair for nearly a decade, said, “I never thought life would bring me to seek public office, but after having served in government, I know that public service is my passion.”

The Cedar Grove resident, political strategist and member of the state’s redistricting and apportionment committee went on to praise Corrado and DePhillips as “true public servants” and said he was honored to be part of the slate.

“As an Assemblyman, I will join…their fight against the reckless fiscal policies that have led to crushing taxes, skyrocketing inflation and out-of-control spending. I will always stand with law enforcement and make sure that our streets are safe. And, as a parent of two young children, I will work to ensure that all of our children get the best possible education to pursue their American Dream,” Barlas said.

Corrado and DePhillips, who are both seeking their third terms, pointed to the changes brought about following redistricting.

“Reapportionment has changed our district, adding new communities we haven’t served before; with the addition of six new Essex County towns, we are excited to welcome Al to the team. Thanks to his deep knowledge of the communities in Essex County, as well as his prior service in LD 40, there is no better person to add to the team,” they said.

The ticket, Corrado and DePhillips said, “now has a geographic balance that will ensure all three counties and 15 municipalities are properly represented. We couldn’t be more excited to have Al on the ticket and to hit the campaign trail.”

Changes In The 40th District

The new legislative map—which will be in place beginning with the 2023 elections and remain in effect until the next redistricting ahead of the 2031 elections—keeps Franklin Lakes, Ridgewood, Wyckoff, Totowa, Verona, Little Falls, Wayne and Woodland Park as part of the 40th District.

Rooney said in a Nov. 10 announcement that stepping down is “something I have been weighing for the past six months, as our family has grown and my business interests have diversified.”

“I have spent the last 27+ years of my life in public service. As my time and attention are pulled in different directions, I have come to the decision to finish my legislative term and then turn my focus to those new opportunities,” said Rooney, who is also a partner in a real estate management and development company.

Corrado and DePhillips said it “has been an honor” to work with Rooney over the past six-and-a-half years representing the 40th district and described him as “a fierce advocate for our residents and unwavering in his commitment to public service.”

“As our friend and legislative partner, Kevin will be missed in Trenton, but we know he will be just as successful in his future endeavors as he was as a legislator,” they said.