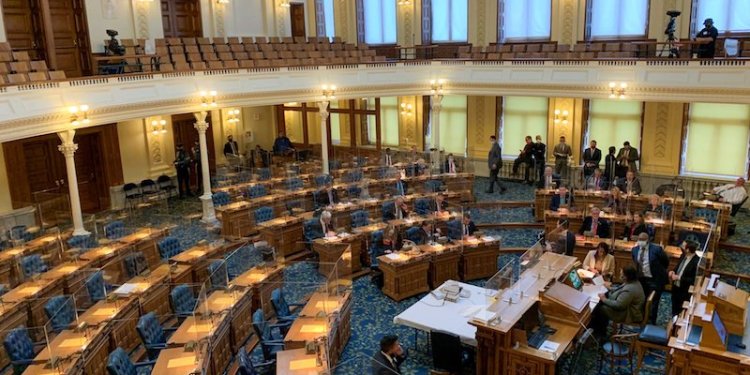 The two bills (A4590 and A4591) authored by the lawmakers would add another layer of accountability and additional oversight in assuring that municipalities are in compliance with state law regarding unauthorized payout.

“The state government attempted to rein in the out-of-control employee payouts that contributed to the bloat in already sky-high property taxes. So, the impunity with which municipalities ignored the law, or supposedly didn’t understand the law, is astounding,” Eulner (R-11) said. “The system broke somewhere along the way, and it’s time to fix it.”

Bills Would Provide another Layer of Oversight

Both bills would mandate municipalities to either publish their supplemental payment policies on their own website, or on the Department of Community Affairs’ site. Additionally, supplemental payments to employees would have to be approved by resolution.

Furthermore, an Office of Leave Time Compliance within the Department of Community Affairs would be established to make certain that all municipal, county and school districts are in compliance with New Jersey’s leave policies. The department would then be required to submit a written annual report outlining in detail sick-leave payouts and vacation accruals to both the Legislature and the governor.

Piperno (R-11) summed up the two new pieces of legislation introduced, “It’s well past time to close the loopholes and enforce the reforms that were meant to deliver substantial property tax relief. The reforms are there, now Kim and I are asking that meaningful oversight be enforced.”

In 2007 legislator’s improved existing state law regarding sick and vacation leave payouts for some senior government employees, limiting payments to $15,000 or the amount accrued up to that point, whichever was more. The new law also limited the amount of accrued vacation time that could be carried over into the following year.

The Legislature in 2010 extended its policy to include more state employees hired after May 10, 2010. However, a report issued in July 2021 by Acting State Comptroller Kevin D. Walsh uncovered widespread abuse by a number of municipalities attempting to manipulate and exploit the law.

The state comptroller’s office surveyed 60 local municipalities out of the 565 municipalities within the Garden State. The results confirmed what was already alleged concerning extensive abuse of the law. Out of the 60 municipalities scrutinized, only three actually conformed to the law—Montgomery (Somerset County), Upper Township, and Holmdel.

However, the other 57 municipalities either knowingly broke the law or attempted to manipulate parts of the law in a number of deceitful ways, either through unlawful employee contracts or creative bonuses and incentives for unused sick leave

The tipping-point came this past Summer after the bombshell report went public, chronicling the number of widespread abuses committed by municipalities all across the Garden State.

The investigation and subsequent report uncovered by OSC found that:

At the time of its release, state comptroller Walsh commented, “Year after year, towns spend taxpayer money to fund costly, wasteful year-end bonuses for public employees that are hidden from taxpayers. The laws on sick leave payments are being ignored by a lot of towns, and this is putting a financial strain on taxpayers. Mayors and council members who want to lower property taxes are missing an opportunity to do so.”

“Laws that were intended to lower property taxes are being ignored and violated in a staggeringly high number of municipalities,” added Walsh. “Municipalities are annually handing out what are effectively unlawful, under-the-radar annual bonuses. Waste is happening today, and towns have committed themselves to even more waste in the future.”

Legislators are attempting to hold municipalities legally accountable with a series of additional bills prohibiting public employees from cashing out on unused sick leave.

Cashing Out on Unused Sick Leave

Earlier this year, Assemblywoman Nancy Munoz (R-21) urged Legislative leadership to once again revisit her bills that were first introduced in 2008 and again in 2012, both bills (A-221 and A-220), directly addressed the widespread abuses taking place within municipalities.

The bills would ensure sick-leave payouts do not count as compensation when calculating public employee pension benefits. Additionally, would prohibit payouts to public officers or employees for accumulated unused sick leave.

Public Believes Trump Should Testify in Front of Jan. 6 Committee