Public Believes Trump Should Testify in Front of Jan. 6 Committee 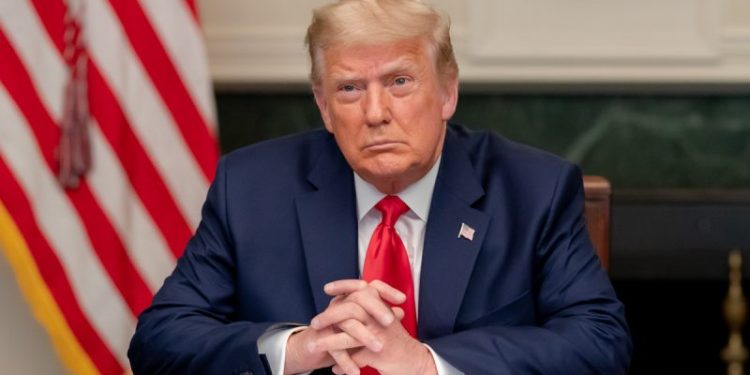 Following the final public hearing of the House committee investigating the Jan. 6 insurrection, public opinion is little changed on Donald Trump’s involvement in the incident.

That said, a majority of the public believes he should have to appear before the committee, and that such testimony should happen in public. Trump recently went to court to block the committee from doing its work.

That’s according to the national Monmouth University Poll, which found an even divide on whether Trump’s continued presence in American politics poses a danger to democracy.

The poll found 60% of Americans believed Trump should have to testify before the House Committee, including 89% of Democrats and 61% of Independents.

Conversely, only 34% said he should not have to appear, which included 67% of Republicans.

In the scenario that Trump should be required to testify, 77% overall argued that the appearance must be at a public hearing. This finding was largely non-partisan, with 8 in 10 Democrats and Independents and nearly two-thirds of Republicans agreeing with the sentiment.

Trump on Nov. 11 filed a federal lawsuit challenging a subpoena from the House committee investigating the Capitol attack on Jan. 6, 2021, sparking a legal battle with the panel that has accused him of being a central figure in the riot.

The panel’s subpoena sought Trump’s documents by Nov. 11 and testimony by Nov. 14. The requests included records of phone calls, texts or Signal messaging app  communications placed or received by Trump between the 2020 election and the riot.

“He tried to take away the voice of the American people in choosing their president and replace the will of the voters with his will to remain in power,” said said Rep. Bennie Thompson (D-MS), chairman of the committee at their final hearing Oct. 13. “He is the one person at the center of the story of what happened on Jan. 6th, so we want to hear from him.”

Despite the agreement on public testimony, other partisan divides remained evident. Thirty-six percent of the public believed Trump was directly involved in the attack on the Capitol, while 27% felt Trump encouraged those involved.

A third (33%) said Trump had done nothing wrong regarding the Jan. 6 attack. In fact, 79% of Republicans oppose criminal charges against the former president, which rose from 66% in August.

“If anything, the House hearings seem to have driven Republicans further into the Trump camp,” said Patrick Murray, director of the independent Monmouth University Polling Institute, on the poll conducted in October.

The poll found Americans were divided on Trump’s continued presence in the country’s political life, with 47% arguing he posed an actual danger to American democracy while 50% disagreed.

Partisan divides were quite evident for this question, with 85% of Democrats saying Trump posed a danger while 86% said he did not. Independents, notably, titled towards Trump posing a danger to democracy (55%), compared to 42% who said he did not.

“The committee’s efforts to paint Trump as a clear and present danger have not really hit the mark. That is due in part to the fact it is preaching to the choir according to the demographics of who has been paying attention,” said Murray.