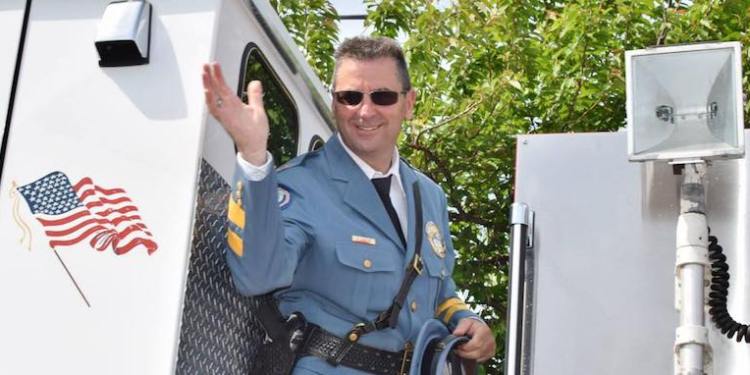 While police escorts may not seem like hardy fodder for a lawsuit, New Jersey alleged in charges brought in March 2021 that Kugler ordered on-duty police officers under his control to escort funeral processions from his family-owned funeral home in the town.

The charges were brought as Kugler announced his GOP candidacy to run for Bergen County Sheriff, and the state argued a 1978 Saddle Brook ordinance prohibited police escorts of every kind, including those that would have originated from the Kugler Funeral Home.

However, Clark argued strongly in favor of Kugler’s argument that the statute the State’s case relied on focused on not providing local town business owners rides in the police car to banks to make money deposits. She said it did not apply to funeral escorts at all.

The indictment dismissal could clear the way for Kugler to reclaim his position as Police Chief for Saddle Brook.

“Although I am extremely disappointed by what my family and I had to endure in this matter over the past 18 months, the disappointment is now overshadowed by looking forward to returning to serve the community of Saddle Brook as their chief of police, a position that I have served in since 1995,” said Kugler.

It was alleged that Kugler, owner of Kugler Funeral Home in Saddle Brook, between January 2019 and August 2020 ordered subordinates to perform police escorts for services at his funeral home using police vehicles, in furtherance of his own unlawful conduct. Police officers allegedly conducted escorts ordered by Kugler during their regular shifts, escorting funeral processions to cemeteries both within and outside of Saddle Brook.

Use of police vehicles for escort services is prohibited by township ordinance, with the exception of escorts for the municipal government of Saddle Brook or nonprofit organizations. Kugler Funeral Home did not reimburse Saddle Brook for the escorts.

Following the decision, State Sen. Joe Cryan (D-20) called for an independent review into the state Attorney General’s Office of Public Integrity and Accountability, according to New Jersey Monitor.

The office, created by former Attorney General Gurbir S. Grewal in 2018, was designed to prosecute public officials and law enforcement officers for misconduct.

“The office has acted unethically on a consistent basis and needs to be reviewed, if not by a peer agency, then by someone else,” said Cryan.

“Two judges now have ruled publicly on the behavior of the folks in that office. It’s disappointing to me that I haven’t seen any action taken so far to either remove those employees and/or at least provide some sort of investigation that allows the public to have some confidence in what’s clearly an agency that doesn’t treat the rules as something they need to respect,” he continued.

The earlier case was connected to a July decision where another judge ordered a new trial for Lakewood Rabbi Osher Eisemann, who was alleged to have misappropriated funds at a school he founded for special-needs children.

In both cases, the judges found the office’s prosecutors had withheld exculpatory evidence from the defense, according to the Monitor.