Congressman says he ‘clawed back’ $2.4 million to hire 12 firefighters 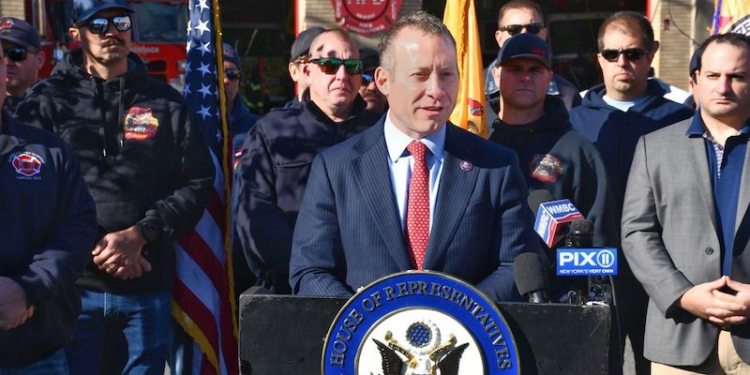 The Hackensack City Council has a few days to review its decision to turn down a $2.4 million federal grant to hire 12 firefighters for the city.

Rep. Josh Gottheimer noted the city has until Nov. 19 to reverse its direction on the matter. The Bergen County lawmaker said he did not want to see the funding he “clawed back” from Washington, which was being offered via a federal Staffing for Adequate Fire and Emergency Response (SAFER) grant, go unused.

“This federal SAFER grant that we’ve clawed from Washington back to Jersey will help better protect Hackensack families and save taxpayers on their property tax bill,” said Gottheimer. “Please don’t defund this fire department.”

The Hackensack City Council had previously indicated they planned to officially turn down the grant despite multiple calls to accept it. The council noted the funding would run for three years, and said it would seek a smaller grant to hire five firefighters.

The Hackensack Fire Department reported that there will be upwards of 20 currently-employed firefighters who will be ready to retire within the next three years. It reported it averages four retiring firefighters a year.

Gottheimer pointed to a public safety report that called for an increase in Hackensack Fire Department response capabilities due to the growing population in the city. The September 2022 report indicated the fire department would have to expand as the city develops new high-rises, hospitals, and more.

“If the City Council does not accept this federal grant …then they will have chosen to place the financial burden of hiring new firefighters on local taxpayers, all while putting public safety at risk,” said Gottheimer.

Gottheimer spoke in the city on Nov. 14 to argue for the acceptance of the grant, and was joined by a Bergen County official.

Bergen County Executive Jim Tedesco,  a volunteer fireman, argued that the city wrote out the grant application and knew they were applying for the funding, making the decision all the more curious.

“All of a sudden to turn around and to change course and say we’re not going to accept it is totally unacceptable to the people of Hackensack, but more so to the firefighters that are standing behind me,” Tedesco said.