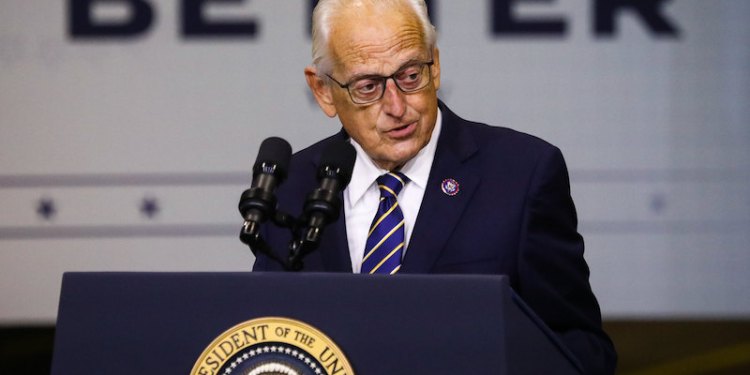 One North Jersey Congressman wants the Attorney General to open a formal criminal probe into the IRS following allegations made by former White House Chief of Staff John Kelly that the agency was weaponized by the Trump Administration.

“The recent evidence that Mr. Trump specifically sought to use the tax laws for his own gain and direct the administration and enforcement of such laws to punish his enemies demands a thorough criminal investigation,” wrote Rep. Bill Pascrell to Attorney General Merrick Garland. “The American people need to know that the IRS is not subject to political influence and is focused on administering our tax system with competence and honesty.”

Pascrell, who serves as the chairman of the House Ways and Means Subcommittee on Oversight, lauded the Biden Administration’s decision to remove Trump-era IRS director Charles Rettig as well.

“We are closer to the dawn of a new day at the IRS,” said Chairman Pascrell. “The Biden administration is right to end the term of Donald Trump’s IRS commissioner. Under Mr. Rettig’s failed leadership the agency and its dedicated employees have suffered through scandal and incompetence,” he said.

“Americans are fed up with late refunds, unanswered calls, and a two-tier tax system. I wish Mr. O’Donnell well as acting commissioner and look forward to working closely with him on implementation of the Inflation Reduction Act,” continued Pascrell.

Responding to a Lack of Confidence

Pascrell argued many Americans lost confidence in the IRS under the Trump Administration, and argued the agency had to do a better job with being responsive to American taxpayers while cracking down on big business tax cheats.

“This is a big moment for tax enforcement in America. I urge the President to expeditiously nominate a new commissioner and chief counsel who will be partners for the Biden administration in revitalizing our tax agency,” Pascrell noted.

Pascrell targeted “corruption by Donald Trump and his enablers” as one of the major reasons Americans had lost faith in the IRS. He pointed to comments from Kelly that said Trump had tried to “weaponize” the IRS to attack his enemies.

Kelly, who was chief of staff from July 2017 through the end of 2018, said in response to questions from The New York Times that Trump’s demands were part of a broader pattern of him trying to use the Justice Department and his authority as President against people who had been critical of him, including seeking to revoke the security clearances of former top intelligence officials.

Kelly said that among those Trump said “we ought to investigate” and “get the IRS on” were the former FBI director James B. Comey and his deputy, Andrew G. McCabe. His account of Trump’s desires to use the I.R.S. against his foes comes after the revelation by The Times this summer that Comey and McCabe had both been selected for a rare and highly intrusive audit by the tax agency in the years after Mr. Kelly left the White House.

“The comments from Mr. Kelly provide yet more evidence that Trump may have weaponized the IRS to attack his enemies. This would be one of the worst scandals in our nation’s history. We must have a full investigation of Trump’s debasement of the IRS and any criminal behavior must be held to full account,” he said.

The First to Call for Rettig’s Removal

Pascrell noted he was the first member of Congress to demand Rettig’s dismissal, and made the call on May 13. He then wrote a letter to President Biden July 7 asking for a new IRS commissioner.

Pascrell has previously focused on fixing the IRS, and in October 2021 he demanded answers from Rettig regarding systemic mail delays impacting IRS operations, tax filings, and refunds.

He also raised alarms on the slow tart to the 2021 tax-filing season in collaboration with Chairman Richard Neal (D-MA).