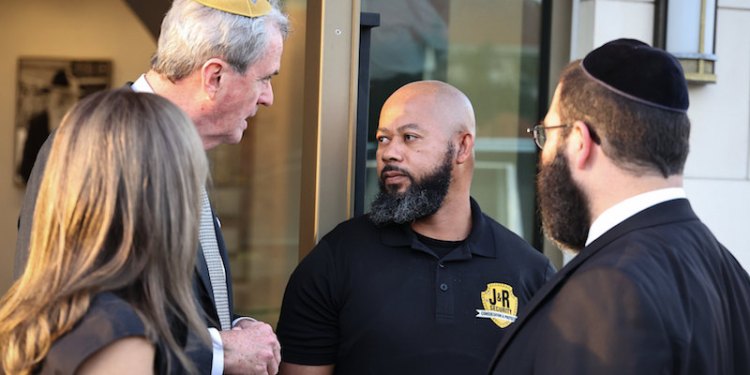 It is now law in New Jersey for public venues and places of worship to submit emergency plans to law enforcement agencies for the purpose of preparing for mass casualty and active shooter events.

Gov. Phil Murphy signed the legislation he views as strengthening the state’s threat response infrastructure in the aftermath of Uvalde, the recent arrest of a high school senior who was promoting violence against synagogues in the Garden State and the mass shooting event in Charlottesville this past weekend.

“As we wake up to the reality of another mass shooting in America, this time at the University of Virginia, it is clear that we must do everything in our power to protect our communities and our residents from the senseless gun violence that plagues our country,” said Murphy in a press statement Nov. 14. “The gun violence epidemic underscores the critical need for state, local, and community partners to work together to ensure the highest standards of public safety are being met.”

“In light of the current climate of our nation, this bill is of vital importance,” said Rev. Dr. Kenneth D.R. Clayton, one of the religious leaders who supported the bill. “It will cause houses of worship and other public venues to plan for and be proactive about such possible occurrences and in so doing lives could be spared death and possible harm.”

The emergency operations plan must be submitted to the chief law enforcement officer who serves the municipality in which large venues are located.

“This legislation will enhance security requirements for New Jersey’s public venues and places of worship so that law enforcement agencies can be best prepared to handle threats and respond to emergencies,” said Murphy.

Law enforcement officials said the bill puts the state at the forefront of national efforts for preparedness and joint response, enhancing capabilities of strategic planning and cooperation against an ever-evolving threat. Attorney General Matt Platkin offered that security plans play an important role in how quickly and effectively law enforcement can respond to emergencies

“Our response to gun violence must remain proactive, not reactive,” said Platkin. “By requiring public spaces—including our often targeted houses of worship—to prepare effective emergency procedures, our officers will have the information they need to act swiftly and with precision, which could undoubtedly help save lives.”

“As we have all seen recently, mass shootings are a real and scary risk in our country,” said Codey. “By having a plan in place for first responders, we can ensure that our officers are equipped with the expertise of how to best handle the active shooter threat and save more individuals from injury or death.”

Schaer commented the bill was needed to ensure North Jersey residents can worship without fear.

“Through this law, our emergency responders and communities of faith will build proactive partnerships to increase public safety,” said Schaer. “Emergency response plans that include building layouts allow our law enforcement personnel to effectively resolve any threats.”

Cryan, who previously served as Union County Sheriff, said the action is needed in light of the increase in the number of hate crimes targeted at people or facilities based on race, religion and ethnicity.

“Acting proactively will help protect houses of worship, community centers and other non-profit institutions that are most vulnerable from acts of violence,” said Cryan. “We won’t allow bias or hate to intimidate anyone from practicing their religion, honoring their ethnic pride or gathering freely for other purposes.”

Timberlake highlighted that putting building blueprints in the hands of law enforcement in addition to local fire and emergency response agencies ahead of time ensures a coordinated response is as effective as it can be. “Preparedness is key for a swift response to any emergent situation,” said Timberlake.

That focus was endorsed by the leader of the New Jersey State Police.

“When responding to an active shooter or mass casualty incident, officers are forced to make a variety of critical decisions. The time for developing a policy is prior to the event, not during, which is why the signing of this legislation is so crucial,” said Colonel Patrick J. Callahan, Superintendent of the New Jersey State Police. “The requirements set forth in this bill will enable law enforcement agencies to minimize response times to critical incidents, eliminate threats, and provide aid to those in need.”