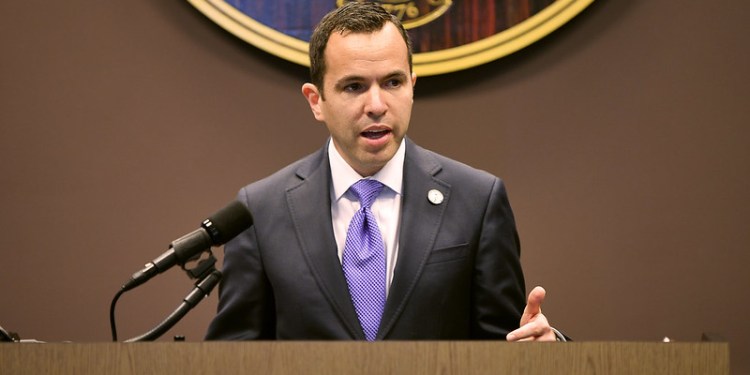 The new policy announced Nov. 15 significantly increases annual public disclosure of serious misconduct by New Jersey law enforcement officers, according to the Attorney General’s office. This action builds upon a 2020 directive that required agencies to report each year synopses of any “major discipline” issued—termination, demotion, or suspension of more than five days.

Platkin said the move was being made to better the relationships between law enforcement and community members, stressing that both parties will be better served by making this information publicly available.

“Transparency is fundamental to ensuring confidence in the work of law enforcement,” said Platkin in a press statement. “These disclosures of police internal affairs information are an unprecedented step in promoting that transparency, and a continuation of our efforts with respect to greater accountability and professionalism.”

Under the directive, by Jan. 31 of each year, law enforcement agencies must report to the Attorney General and publish on their public website, a brief synopsis of misconduct and the name of the officer involved. The directive requires that the synopsis provides sufficient detail to enable a reader who is not familiar with the case to fully understand the factual scenario that resulted in the disciplinary action.

The new policy adds the following categories of discipline to the annual release, regardless of the discipline imposed:

The actions by the AG’s office is the latest effort by the Murphy Administration to provide greater transparency to the public comes after Platkin in September made a variety of de-identified Internal Affairs information readily available online, through a new dashboard of internal affairs statistics searchable by law enforcement agency, the alleged infractions involved, and the disciplinary action taken.

The dashboard, at njoag.gov/iapp, enables the viewer to filter the data by active and closed investigations, as well as by county, agency, the complaint source, as well as the race of the officers and the complainants involved.

The reforms come after a recent New Jersey Supreme Court decision, Rivera v. Union County Prosecutor’s Office, which held that members of the public should have access to internal affairs reports that result in a finding of serious misconduct. The directive lays out a framework to improve the efficiency of agency responses to requests for internal affairs records under the common law right of access, which Platking believes will avoid the need for litigation on all sides.

Specifically, upon request by a member of the public or the press, if an incident falls within one of the categories, agencies will disclose a summary and conclusions report that includes factual findings, and the final discipline that was imposed.