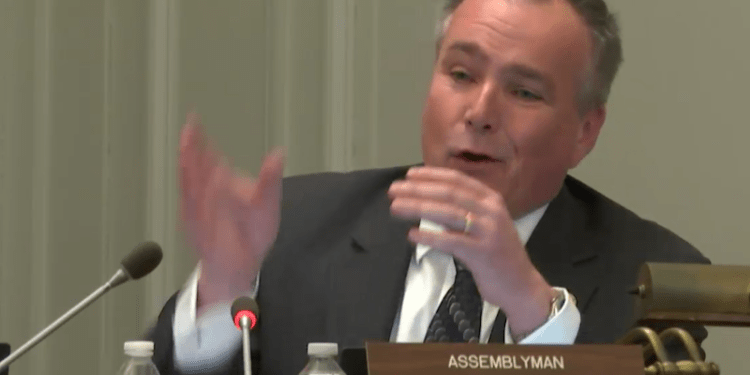 Assemblyman Hal Wirths announced Nov. 18 that he will not be a candidate for re-election to his Assembly seat in 2023.

“After much thoughtful reflection, I have decided that I am at a point in my life where I’m ready to slow it down some,” said Wirths in his statement Nov. 18. “My wife’s health issues have been public for a while now and more recently I had a health scare of my own. When confronted with a profound situation you start to take stock of your life and I’ve come to the conclusion that there are other things I wish to do after my term is complete.”

The 57-year-old is the second member of the 24th delegation to announce that he will not seek his re-election next year. Assemblyman Parker Space in March said that he would not run again, citing business and family issues.

Wirths has been a member of the Assembly since 2018, serving most prominently as the Minority Budget Officer on that lower body’s committee. Wirths won the seat in 2017 after then Assemblywoman Gail Phoebus decided to challenge State Sen. Steve Oroho in a GOP primary, but dropped out before the election.

The Hardyston resident previously served as Commissioner of the New Jersey Department of Labor and Workforce Development from May 24, 2010 to August 1, 2016, appointed by Chris Christie in 2010.

Before his work in the Christie Administration, Wirths served as a Sussex County freeholder from 2000 to 2010. He resigned from that post to become Labor Commissioner and was succeeded as Space.

Wirths intends to finish his term  and “work just as hard to represent the interests of my district in the year ahead.”

“I’m very grateful to the residents of the 24th Legislative District for the trust they have shown in me,” he stated. “New Jersey has many serious issues that need addressing and I want to continue to play an active role while I’m still seated in the State Legislature.”

Oroho wished Wirths well, offering that he was an “outstanding” colleague in the Legislature and an even better friend.

“We share a strong interest in fiscal issues and have collaborated extensively on State Budget matters,” said Oroho. “When his term ends, I’ll miss having him around day to day to bounce around ideas particularly during Budget season in the Legislature.”

“Together with Parker and our joint district office staff, we have had a good camaraderie that I’ll genuinely miss.”

Wirths said he was proud of his achievements in his over 20 year career and plans to still contribute as a private citizen.

“When I look back on my public service that started on the Sussex County Freeholder Board and led to being Commissioner of the New Jersey Department of Labor and ultimately to Assemblyman of the 24th Legislative District, I am proud of what I have accomplished,” said Assemblyman Wirths. “After my Assembly term ends, although I won’t be on the front lines anymore, I do intend to stay involved in the community and look forward to contributing in other ways.”

Wirths decision is the third North Jersey lawmaker to announce he will step away after this term. Besides Space, Assemblyman Kevin Rooney last week confirmed that he would not run in 2023 in the 40th Legislative District.

Rooney’s departure coincided with the announcement of Essex County Republican Chair Al Barlas joining the GOP ticket in November 2023 alongside State Sen. Kristin Corrado (R-Totowa) and Assemblyman Christopher DePhillips (R-Wyckoff) in the newly-redrawn 40th district. The change in the ticket was expected after redistricting added six new towns in Essex County to the District that formerly served just Passaic and Bergen counties.

In the 24th, no candidates have yet to garner the support of the county GOP committee in one of the safest Republican districts in the Garden State. Among the names that have been mentioned as running include Sussex County Commissioners Dawn Fantasia and Chris Carney, Warren County Commissioner Jason Sarnoski, Chester Mayor-elect Michael Inganamort, Lafayette Board of Education President Josh Aikens, and former GOP nominee for U.S. Senate Steve Lonegan have been mentioned as likely candidates.