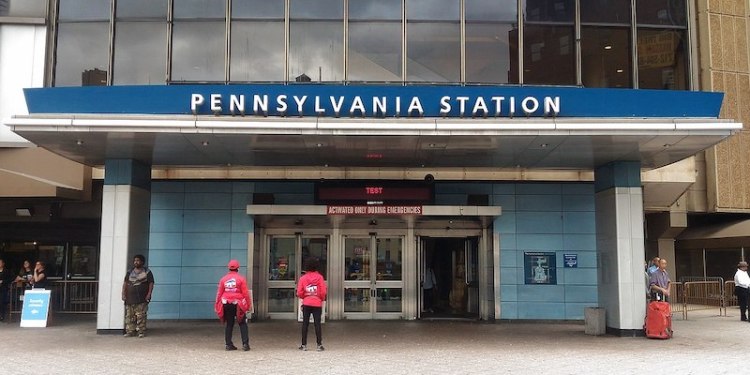 The MTA’s use of selling air rights around Penn Station to fund both the station’s expansion to accommodate the Gateway Train Tunnel’s new tracks and the station’s renovation. Gottheimer argued that if MTA overestimated the price and availability of air rights to fund the expansion, New Jersey could be on the hook for the shortfall.

“I am deeply concerned about the lack of transparency regarding air rights pricing and the impact on our region’s most important capital projects,” wrote Gottheimer in a letter to MTA Chair and CEO Janno Lieber.

“I would like to request a formal briefing for the New Jersey Delegation regarding the value and availability of these air rights, and who will wind up footing the bill for any miscalculations.”

Gottheimer cited three reasons for raising concerns on the project, including:

“Given these concerns about the MTA overestimating the price and availability of air rights for financing the Penn Station expansion, would New Jersey be expected to make up the shortfall?” asked the Congressman. “If not, who would cover this deficit?

Gottheimer noted an expansion at Penn Station was a critical component of the overall Gateway Program, which is seeking to expand rail capacity for the region.

He noted the Penn Station expansion would relieve critical bottlenecks in the region’s transportation infrastructure, making the commute into New York City a more viable option.

That said, Gottheimer took aim at the redevelopment of the station, saying it would not make it possible for commuters to enter the city.

The questions about redevelopment dovetailed with Gottheimer announcing he was joining a coalition of 56 different government, trade, and business organizations against a proposed congestion tax put forth by MTA,

The group, which included politicians from New York and New Jersey, local leaders, agricultural organizations, chambers of commerce, tourism organizations, and transportation companies, all took issue with the tax which could cost drivers up to $23 dollar a day to drive south of 60th street.

Over the course of a year, this could cost some commuters an additional $5,000.

“We all have different concerns about precisely how our industries and constituents will be affected by the new Congestion Tax, expected to be up to $23 dollars a day for commuters and potentially much higher for commercial traffic. Beyond affecting drivers and the transportation industry, this new toll will increase labor costs for employers and the price of goods and services for residents of the CBD,” the coalition wrote in a letter to New York’s Traffic Mobility Review Board.