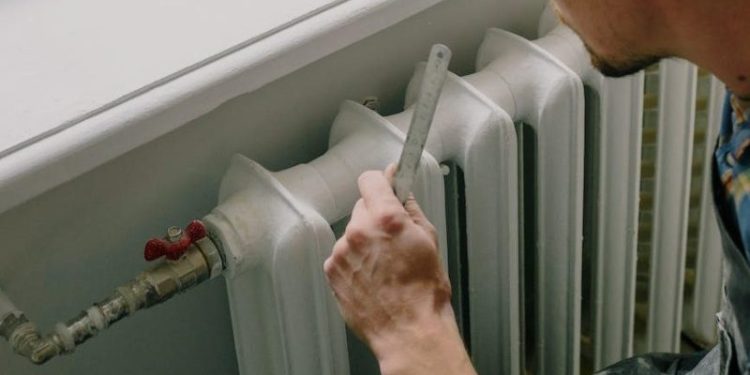 Photo by Ksenia Chernaya on Pexels.com

With temperatures currently hovering well below freezing within the Garden State, it was welcomed news just announced by Sens. Bob Menendez and Cory Booker that $153.3 million dollars from the U.S. Department of Health and Human Services (HHS) was specifically set-aside in aiding low-income New Jersey families stay warm this coming Winter season, by paying their heating bills.

In announcing the new federal aid package, both New Jersey Senators recalled how 219,755 low-income households all across New Jersey in 2020 benefited from the Low-Income Home Energy Assistance Program (LIHEAP), provided by the federal government and administered through the New Jersey Department of Community Affairs (DCA). The program is designed to help low-income individuals and families pay for home heating costs and also cover unpaid utility bills.

“No family should have to choose between heating their home, putting food on the table, and buying medicine,” said Menendez. “As Winter nears, it’s critical that low-income families and seniors across the state have the resources to pay their bills and heat their homes. The additional funding Senator Booker and I helped secure will help even more New Jersey families who are struggling to make ends meet.”

Booker added, “Funding LIHEAP is critical to making home energy affordable for low-income families and seniors. This federal funding will provide much-needed relief to New Jersey families, so they remain healthy and warm this Winter. I am happy to see this funding awarded to our state when it is needed the most.”

The additional federal funding couldn’t have come at a more crucial time, considering that within the last two years America’s critical energy supply has dropped precipitously, while demand has increased. In the Northeast the average cost for heating a home this season with natural gas has increased by 23% and with oil just over 27% from last Winter. Analysts however predict that before the winter season ends gas prices could see an additional 11% spike nationally, to 34%.

LIHEAP funding provides a much-needed lifeline for millions of vulnerable American families, who simply can’t afford to heat their homes during the winter months. Each state sets eligibility rates, for “at-risk” families, while federal statute limits household income to a maximum of 150% of the FY21. For example, federal poverty guideline would provide energy funding for a family of 3 earning $32,580.4 annually.

However, recent data shows that 82% of households receiving assistance through LIHEAP funding fall well below the poverty line, with an annual household income below $20,000.5. With more than 90% of those households having at least one “at-risk” family member living with them, a senior citizen over the age of 60, a child aged 18 or under, or a family member with a disability.

In Trenton, the energy crisis triggered a new bill by Republican State Sen. Joe Pennacchio (R-26) that would suspend the state sales tax on gas and electricity to heat homes.

“People are hurting financially, and with frigid weather right around the corner, families are worried about how they will be able to keep their homes warm,” said Pennacchio in his announcement. “Inflation remains out of control and shows no signs of slowing down, and higher prices for everything from food to clothing to transportation is eating into household budgets at a record pace.”

“The big hit, however, will come when people turn on the heat and find out the cost of natural gas is up 25% across much of the state.”

“These new rates couldn’t come at a worse time for retirees and families struggling with record cost-of-living increases. The price of everything is going up, and household income cannot keep pace,” said Pennacchio.

The Morris County lawmaker argued that since he took office five years ago, Gov. Phil Murphy has increases the budget by more than 40%.

“With that kind of increase, the Administration can surely find a way to ease the burden on the hard-working little guy who just wants his kids to sleep in a warm bed,” continued Pennacchio. “The strategy of a temporary sales tax freeze on home heating bills will send a message to state residents that they aren’t in this alone.”

The tax amnesty holiday being proposed by Pennacchio is currently being implemented in Westchester County New York. Residents within that community will be relieved of the tax burden from Dec. 1 through Feb. 28, 2023.