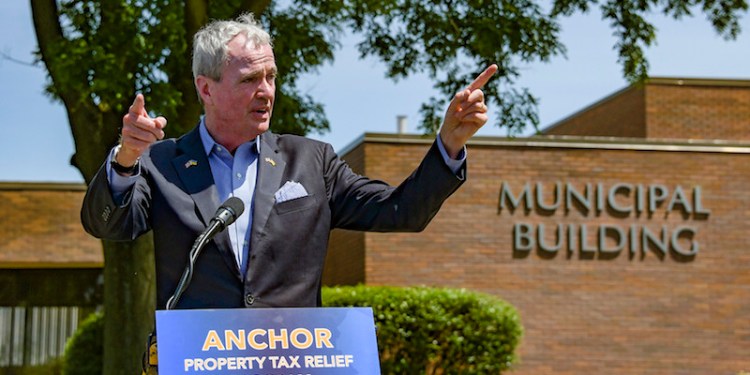 The extended deadline and eligibility requirements are being proclaimed by supporters as welcomed news for beleaguered Garden State homeowners burdened with paying the highest property tax rate in the nation, currently standing at 9.96%.

The new program will extend the application deadline along with expanding eligibility requirements for certain renters who didn’t qualify under the old system.

According to the Murphy, the extension and expansion will be paired with a new marketing push that will include a robust advertising and media campaign aggressively targeting New Jersey homeowners and renters encouraging them to take advantage of the sizable tax relief program.

The deadline for filing an application will be extended to Jan. 31, 2023, allowing taxpayers an extra month to file. Additionally, renters who had previously been ineligible because their unit is under a payment in lieu of taxes (PILOT) agreement are now eligible to apply for the benefit.

“In order to achieve meaningful relief for hard-working taxpayers, we must expand access and improve awareness of our efforts to promote affordability and opportunity in New Jersey,” said Murphy.

The state is currently soliciting bids for a statewide marketing and advertising campaign to showcase the new ANCHOR property tax relief program geared towards increasing awareness of the program’s extended tax benefits for those individuals who previously didn’t qualify.

“For the residents of New Jersey, affordability is the most pressing issue and property taxes are the greatest burden,” said Scutari. “We are making use of resources to address this need by helping homeowners and renters with direct financial assistance.”

Coughlin proclaimed that when Democrats say they are delivering bold, direct property tax relief to working and middle-class New Jerseyans “we mean it.”

“Expanding eligibility for renters and extending the deadline only strengthens that commitment and ensures all who need relief will have the time and awareness to benefit,” said the Assembly Speaker. “This truly remains a game-changer for folks who have seen their budgets stretched further and further.”

State Senator Joe Vitale (D-19) noted the change for renters came in response to a Garden State resident who would not have been able due to PILOT payments not previously being included, an issues he brought to Murphy and legislative leaders.

“I alerted them to the issue immediately after receiving a call from a constituent who pays market rate rent in a building whose occupancy is dedicated to veterans.  Within two weeks they are announcing a fix to the problem,” said Vitale. “This is another great example of how one person’s decision to take action will make a difference for thousands of New Jersey renters and ensure this important tax relief reaches everyone it is intended to reach.”

The new ANCHOR program replaces the previous Homestead Benefit program, expanding it in both size and eligibility requirements, along with nearly doubling the number of homeowners eligible, including almost a million new renters who weren’t eligible for property tax relief payments in the past.

Additionally, to be eligible for the payout, homeowners and renters must have occupied their primary residence on October 1, 2019, and file or be exempt from New Jersey income taxes.

The state will begin dispersing payments in late Spring, in the form of checks or direct deposits and are not subject to federal or State income tax.

The program comes as New Jersey residents pay the highest tax rate in the country at 9.96%—the four other highest are New York with 7.86%, Connecticut with 7.47% and Vermont at 6.92%.

State Treasurer Elizabeth Maher Muoio noted that the changes comes after “working around the clock” since ANCHOR’s launch in September to make sure New Jersey residents are aware of this new program and to answer as many questions as possible.

“With even more people eligible now, we thought it wise to extend the deadline and boost awareness,” Muoio said.