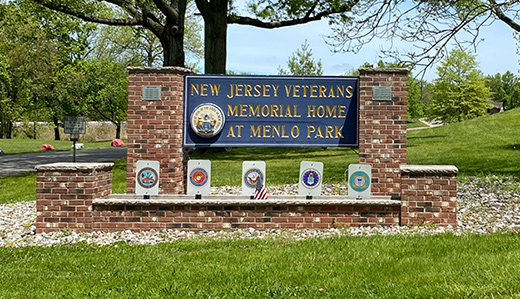 New Jersey Republicans want Senate Democrats to “stop stonewalling” a legislative investigation into state-run veterans of homes and hundreds of deaths since the start of the pandemic.

Additionally, the federal government issues warnings that Medicare and Medicaid funding could be withheld due to mismanagement at the centers.

The Centers for Medicare and Medicaid Services (CMS) followed through on those threats, halting  payments Nov. 22 to the Menlo Park Veterans Home, which effectively ended new admissions to the facility, according to a report from The Record.

CMS noted a plan to correct the problems had been submitted to the state Department of Health, but no details had emerged.  During an eight-day site visit in August and September, CMS noted the administrators, staff and contractors had put residents in “immediate jeopardy” of both life-threatening and illness and potential abuse.

Following the news of the CMS funding halt, Gov. Phil Murphy sent a Mission Critical Team to the site to investigate the on-the-ground environment at the facility.

“While my administration has taken important steps to improve the performance and strengthen the resiliency of our veterans memorial homes over the past few years, it is clear our work is not done,” said Murphy. “The Department of Health’s inspection of the Veterans Memorial Home at Menlo Park has given us crucial insight into the challenges currently facing this facility.”

In the letter, the Republicans questioned whether a promised “post-mortem” of the Murphy Administration’s handling of the COVID-19 pandemic would ever be produced, and even if it was, they questioned the validity of such a report.

“The existence of investigations by other authorities should not serve as an excuse for continued inaction by the Senate. Those investigations are likely focused on identifying criminal and civil rights violations for prosecution and enforcement actions, not on improving State policies regarding the management and oversight of these facilities, which would be our goal,” they wrote.

Additionally, the Senators said various pieces of legislation regarding increased investigations into the administration’s response to the COVID-19 pandemic had been tabled before reaching the Senate floor.

“It is likely we could learn much to guide our reform efforts with even a minimal commitment of time, staff, and legislative resources to support a special committee,” they wrote.