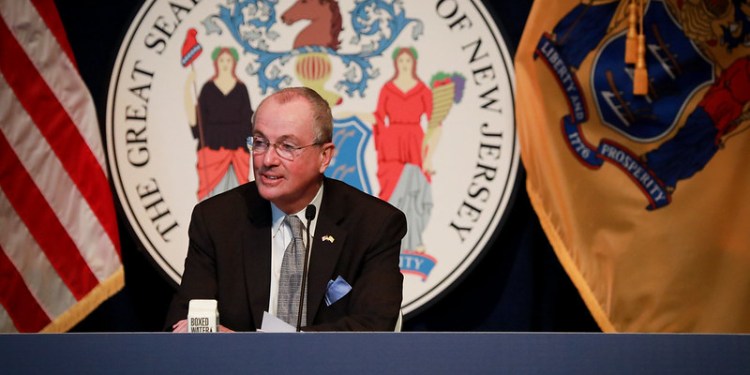 Just short of a thousand days from when the first case of COVID-19 was discovered in New Jersey, Gov. Phil Murphy issued a press release on Nov. 28 that a long promised postmortem into the his administration’s action during the pandemic will commence.

The independent review will be led by Paul Zoubek, who served as First Assistant Attorney General during the administrations of Republican Governors Christie Whitman and Donald DiFrancesco. It is tasked with investigating the Murphy Administration’s handling of the coronavirus pandemic—from the state’s readiness in early 2020 to its responses over the last three years.

The review will conclude with a comprehensive report that is expected to be released in late 2023 and will contain recommendations for enhancements and reforms to better prepare the state for the next public health crisis, according to the press statement. No budget or staffing levels were released.

“Throughout the pandemic, my responsibility as Governor demanded that I make every decision based on the available data, facts, and science in order to preserve the health and safety of all 9.3 million residents, regardless of the politics,” said Murphy in his release. “My responsibility as Governor also demands a full and comprehensive review of how the state was prepared for and responded to the pandemic, so that we can take the steps to better prepare future administrations for a public health crisis.”

The review, tasked with giving recommendations to enhance the state’s preparedness for a future public health crisis, will be conducted by a team at Montgomery McCracken Walker & Rhoads, where Zoubek is a lawyer, and in conjunction with the management consulting firm Boston Consulting Group.

According to Zoubek’s bio at the law firm, he concentrates his practice on corporate internal investigations, corporate compliance, representation of organizations and individuals in government investigations and counseling clients regarding state regulatory matters and corporate security issues.

The Murphy statement said Zoubek was chosen due his experience in emergency management, having served as the number two official in the Department of Law and Public Safety during the aftermath of the 9/11 terrorist attacks. Additionally, he has conducted a number of high-profile investigations of state government over the years, including a review of the State Police’s boxing program last year.

“As a widely respected, apolitical, and experienced state and federal prosecutor, Paul Zoubek is exactly the right person to lead this review, and has the experience in emergency management and government investigations that makes him perfectly suited for this task,” said Murphy.

The postmortem had been promised by Murphy dating back to October 2020. Other notable times he has stated an investigation include during an October 2021 debate with GOP challenger Jack Ciattarelli—”a full accounting, without question, independent of my office”— and at his last regular pandemic briefing in March earlier this year.

Republicans in the State Senate, led by Joe Pennacchio (R-26), have publicly called for a bipartisan committee with subpoena power to investigate the Murphy Administration’s action. They were joined by a Democrat for the first time this Spring when State Sen. Nia Gill (D-34) voted for the measure.

Pressure for a review, especially with an eye towards long-term care facilities, has grown as the state has agreed to nearly $70 million in settlements with families who lost loved ones at state veteran nursing homes in Paramus, Menlo Park and Vineland.

That increased even more after the federal agency that acts as the primary funding source for New Jersey’s veterans homes began withholding payments last week at the Menlo Park facility due to major problems with infection control. Despite the Murphy Administration sending a three person Mission Critical Team composed of healthcare administrators and infection preventionists sent to the facility Nov. 22, the denial of funds from the U.S. Centers for Medicare and Medicaid Services effectively stopped the Edison nursing home from admitting new residents to the facility.

“Denial of payment for all new admissions began on [Nov. 22] because the ongoing quality concerns have not been addressed,” said Bruce Alexander, communications director of CMS.

The review of the state’s response will include a look at prominent emergency policy decisions that were made by Murphy officials, the pandemic response with respect to vulnerable residents, including members of congregate care settings, and the state government’s efforts to continue core functions, including providing direct services to residents.

Furthermore, it is tasked with examining the management of public health aspects of the pandemic, including testing, vaccinations, personal protective equipment procurement and distribution, and coordination of the health care system and of health information around COVID-19.

“While COVID-19 is still present in our state, nation, and world, we have moved from the pandemic to the endemic phase, and now is the right time to undertake such an independent review,” said Murphy.

Following are the case numbers in New Jersey as of Nov. 29