Hudson County lawmaker has been hospitalized since October 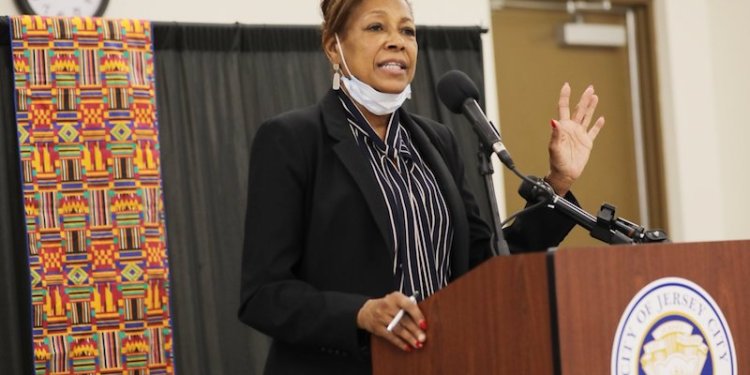 According to multiple published reports, State Sen. Sandra Cunningham will not run for re-election in 2023 due to health concerns.

Those health concerns are so impactful that questions have arisen if she is legally able to resign from the State Senate as a court-appointed lawyer is overseeing her affairs.

First reported by New Jersey Globe Nov. 29, Cunningham is facing a severe decline in her cognitive health to the point that she was taken to Jersey City Medical Center by ambulance on Oct. 4 for a non-life threatening health emergency and has been hospitalized for the last 57 days.

Due to the undisclosed health issue, a Superior Court judge placed Jersey City attorney Matthew Burns in charge of Cunningham’s personal affairs, since the Hudson County lawmaker is no longer able to manage them herself.

Cunningham, 72 years old, has reportedly not been in the Senate since the passage of the state budget in June. On Sept. 29, she attempted to participate remotely in a Senate session where Matt Platkin was up for confirmation as attorney general.

Cunningham was recorded as a present vote in a quorum call, but the Secretary of the Senate later changed the record to reflect that she was not present after State Senate officers reportedly read a letter from Cunningham’s physician.

With the matter in front of the court, the issue of Cunningham’s competence to make major decisions, like signing a resignation letter or if Burns can resign on Cunningham’ behalf, is currently unresolved.

According to the Globe, Burns’ appointment came before former Gov. James E. McGreevey, Cunningham’s close friend, asked for another individual to take control of her finances and other private matters. Court records in the matter are sealed and the proceedings are ongoing.

As for the political ramifications, the Globe, and InsiderNJ.com have reported that John Minella, the chief of staff to Jersey City Mayor Steven Fulop, is the leading candidate to complete the remainder of Cunningham’s term if she resigns. Minella would be a caretaker for the term, expiring Jan. 11, 2024 and not run for a full four-year term in 2023.

The Democratic candidate to replace Cunningham in the 31st legislative district in the 2023 election, made up of Bayonne, Jersey City, Kearny and Harrison, has still not been determined,  Possible candidates mentioned include Assemblywoman Angela McKnight (D-31), and two Hudson County Commissioners from Jersey City: Bill O’Dea and Jerry Walker.

Cunningham’s expected departure continues the changing of the guard for Democrats in Hudson and Essex counties in the State Senate. Newark’s Ronald Rice retired this past Summer due to his own health reasons, replaced in the 29th by Irvington councilwoman Renee C. Burgess (D-29).

State Sen. Nicholas J. Sacco (D-32) announced earlier this year that he would retire to avoid a faceoff with State Sen. Brian Stack (D-33) in a newly drawn district that would have pitted the two Democrats against each other. As a result, Assemblyman Raj Mukherji (D-33) has the backing of Democrats to be the party’s nominee from the new 32nd.