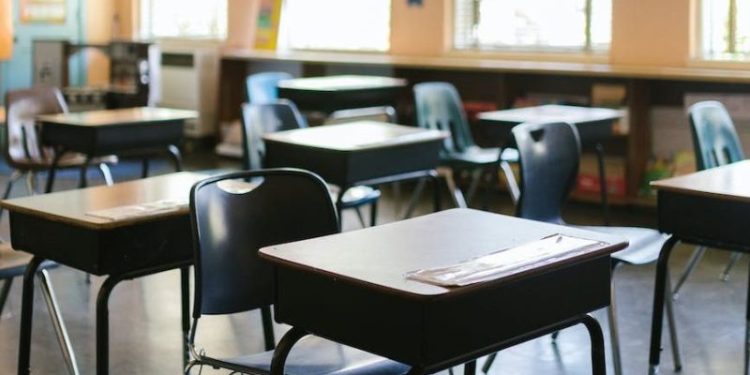 It didn’t take long for Republican State Senators Steve Oroho, Joe Pennacchio, and Holly Schepisi to denounce New Jersey’s Board of Education for focusing on replacing pronouns instead of addressing the critical issue of pandemic-related learning loss confronting each student within the Garden State.

The push-back by the GOP leadership came after the education department released its new agenda for its December meeting, which they said was more fixated identity politics rather than focusing on a statewide plan to help students catch up with their studies.

“It’s shocking that the State Board of Education remains focused on identity politics when we know New Jersey students are far behind where they should be due to pandemic-related learning loss,” said State Senate Minority Leader Oroho (R-24). “Instead of coming up with a plan to help students get caught up, the State Board continues its march to infuse gender identity and progressive politics into every aspect of our children’s education. They should put as much effort into helping students get better at reading, writing, and math.”

The Board’s agenda for its December meeting includes several items, one of which is a proposal for “Managing for Equality and Equity in Education,” which replaces mentions of “equality” with “equity” and “achievement gap” with “opportunity gap” in state regulations.

Those provisions by the board, according to GOP lawmakers, are an explicit acknowledgment that the Board of Education cares more about boosting and promoting certain groups, at the expense of others, regardless of a student’s individual educational needs.

The proposed guidelines by the board’s Equality and Equity committee would change state regulations in preventing schools from separating boys and girls based on biology, for certain portions of sex education classes, instead the Board would allow students to be separated for those lessons based on the student’s own gender identity.

“It seems ridiculous that the State Board of Education thinks it’s appropriate to include boys who identify as girls in sex education classes where girls are taught about feminine hygiene and menstruation,” said Pennacchio (R-26). “It also doesn’t make sense that girls who identify as boys might miss those lessons that could be important to helping them maintain their physical health.”

“This is another effort by extremists to force their politics into our classrooms at the expense of our kids’ education and well-being.”

The GOP senators were extremely concerned that the Board of Ed would continue to purposely hide and obscure their true intent from the public in an effort to pass what they consider radical policies with little if any transparency or oversight from the people.

Lack of Transparency at Issue

Other issues that drew the ire of the North Jersey trio was that the board announced it will only accept written testimony on Dec. 7 on the one issue they’ve authorized “bilingual education” and that the meeting will be held virtually with no opportunity for concerned parents to voice their concerns directly to board members.

“As an appointed body that’s not accountable to voters, it’s clear that the majority of State Board of Education members don’t care that parents are being excluded from the process of updating important education policies that impact their kids,” said Schepisi (R-39). “The board hides its agendas until the last minute and then its members hide behind their computers with virtual hearings that either take no public testimony or only accept written testimony. Concerned parents have every right to be heard.”

However, those concerns may finally be addressed thanks to a new piece of legislation, just authored by Schepisi requiring the State Board of Education to provide a minimum of five days’ notice of a public meeting of the board. The bill titled S-3384 also decrees that the public be permitted to voice their opinion in a public forum on all agenda items of a public meeting that are not addressed in executive session.

Additionally, Oroho and State Sen. Jean Stanfield (R-8), have introduced bill S-3299, which requires all meetings scheduled by the State Board of Education to be transparent and open to the general public, both in person and virtually. Their bill, which is co-sponsored by Pennacchio, Schepisi, and other Senate Republicans, allows the public to testify both in person and virtually.

“Since the start of the pandemic, parents have been denied a voice in education policy by the Murphy administration and the State Board of Education,” Oroho concluded. “Senate Republicans are fighting to give it back.”