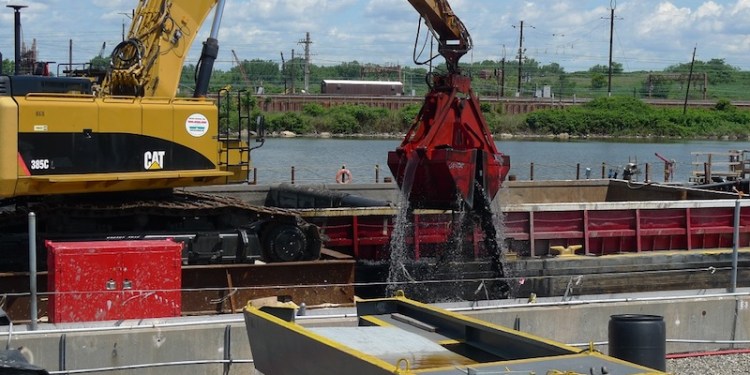 Paying for the cleanup of the Passaic River took another key step recently.

The U.S. Department of Justice and the Environmental Protection Agency (EPA) announced on Dec. 16 that a proposed consent decree with 85 potentially responsible parties, requiring them to pay a total of $150 million to support the cleanup work and resolve their liability for discharging hazardous substances into the Lower Passaic River, which is part of the Diamond Alkali Superfund Site.

“Newark, Harrison, and many other vibrant communities have borne the brunt of pollution along the Lower Passaic River for too long,” First Assistant U.S. Attorney Vikas Khanna for the District of New Jersey said in a statement making the announcement. “This agreement is an important step forward. It will support significant cleanup efforts that restore this historic waterway, advance a new chapter of responsible land use, and return the river to the people of New Jersey.

The Justice Department and EPA alleged that these 85 parties are responsible for releases of hazardous substances into the Lower Passaic River, contaminating the 17-mile stretch, including the lower 8.3 miles. The proposed consent decree seeks to hold the parties accountable for their share of the total cost of cleaning up this stretch of the river.

The settlement represents only 11% of the $1.4 billion price tag to remove cancer-causing dioxin, PCBs, mercury and other industrial pollutants that have remained buried for decades in the riverbed. ​​Officials at the EPA said they are still conducting enforcement proceedings with other “private parties that are responsible for a larger share of the cleanup costs,” including the  Occidental Chemical Corp. of Texas, which inherited the liability of the former Diamond Alkali plant in Newark.

“This agreement holds responsible parties financially accountable for the legacy of pollution in the Lower Passaic River,” Assistant Attorney General Todd Kim of the Justice Department’s Environment and Natural Resources Division said. “The settlement will advance the cleanup of the river for the benefit of those communities living alongside it who have been historically overburdened by pollution.”

When the settlement becomes final, EPA expects to use the settlement funds to support ongoing efforts to clean up the site, specifically the lower 8.3 miles and the upper 9 miles which make up the entire 17-mile Lower Passaic River Study Area.

In addition to the proposed consent decree, EPA has reached several related agreements, including one whereby many parties investigated the 17-mile Lower Passaic River, another whereby Occidental Chemical Corporation, a potentially responsible party, is designing the cleanup chosen for the lower 8.3 miles, and several cost recovery agreements that resulted in payments to EPA of millions of dollars.

Rep. Bill Pascrell said the latest agreement is an important step in the federal government’s attempt to advance remediation at this largest Superfund site in history

“The Passaic River is such a critical natural resource and its neighbors have waited far too long for a promised clean-up,” said Pascrell. “My three goals for the Passaic have always remained the same: comprehensive restoration of our mighty river as quickly as possible, assurance that responsible polluters will pay their fair share of the clean-up, and helping local taxpayers avoid getting swept up in a morass of costly litigation.”

The Congressman said he will be reviewing the consent decree “with a fine-toothed comb” as he has concerns that costly and lengthy litigation might further delay the restoration of the river.

“Forcing our neighbors to mop up the messes of others would be adding insult to injury and that cannot happen,” said Pascrell.