New Leader At Menlo Park Vets Home Will Not Solve the Problem: Pennacchio 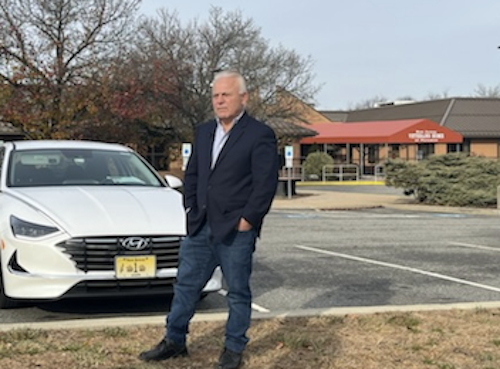 For State Sen. Joe Pennacchio (R-26), the removal of the top official at a state-run veterans’ home before the holiday’s is the latest example of the Murphy Administration being less than forthcoming with the public.

“The administration hasn’t figured out how to solve the problem, but they have gotten good at hiding it from the public,” Pennacchio said. “They let the news out when everybody is preoccupied, and nobody is paying attention.”

Pennacchio is referring to the removal of CEO Jennifer Causer from the New Jersey Veterans Home Memorial Home at Menlo Park. While the state’s Department of Military and Veterans Affairs did not elaborate or discuss the circumstances of Causer’s departure, it was not a surprising move after a recent state report found major health and safety violations.

The report showed staff at Menlo Park were still practicing poor infection control in August and September of this year, even though the home had one of the highest death tolls among nursing homes nationwide during the COVID-19 pandemic. The inspection found that administrators failed to implement safe practices including testing, contact tracing and staff training.

In response to the report, Murphy sent a Mission Critical Team from the New Jersey Department of Health to offer guidance and support making improvements at the facility. But that action did not stop the U.S. Centers for Medicare and Medicaid refused new admissions at the home by withholding payments for new residents.

Murphy’s administration began soliciting proposals for a private company to provide management at Menlo Park and two other veterans homes in Paramus and Vineland. Installing a new CEO was among the first major moves Murphy said he would make when announcing the privatization effort.

The actions at the veterans home are expected to be a main focus for the investigation that Paul Zoubek is heading up that examines the performance of Murphy and his team during the pandemic. But Pennacchio believes it is the governor who bears the ultimate responsibility.

“The executive who was dismissed this week was hand-picked to take over the struggling facility in March 2021. There was a new face in charge, but policies didn’t evolve enough to protect the elderly residents,” he said. “It was yet another heartbreaking failure, and the Administration bears much of the responsibility.”

“More than a dozen veterans died from COVID in the facility this year, in 2022,” he continued. “Problems persist within the walls of the Menlo Park home, and people are still dying, but seems like the Murphy Administration is finally closing the barn doors after the horses escaped. This is more of the game from the Governor—too little, too late.”

Pennacchio continues to push for a bipartisan committee he believes could uncover valuable details about the directives, policies and processes that allowed COVID to run rampant inside senior facilities, and most importantly, learn how to prevent it from happening again.

“Simply changing the name of the person in charge isn’t going to do it,” Pennacchio said. “Only after extensive fact-finding and investigation can workable life-saving approaches be presented. Sadly, I believe if the Senate acted to launch an investigative panel in May 2020 when I first introduced the legislation, dozens of lives would have been spared, including those who died in Menlo Park this year.”