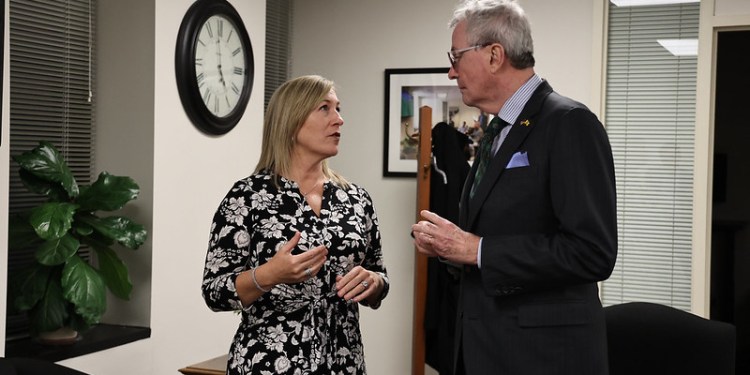 The stage is set for New Jersey to exit federal supervision of the state’s child welfare system.

“My administration remains committed to advancing and expanding upon the efforts of our predecessors to make New Jersey’s child welfare system one that can serve as a national model for the protection of every child in our care,” said Murphy.

The new accountability measures at the New Jersey Department of Children and Families (NJDCF) represented an important step towards the state’s process of exiting the oversight arrangement over the past 20 years.

“Today’s legislation recognizes the significant progress our state has made in reforming our child welfare system to ensure no child falls through the cracks and every case is treated with the time and attention it needs,” added Murphy.

The legislation will ensure independent review of the child protection work undertaken by NJDCF even following the end of federal oversight.

“This is a watershed moment for New Jersey, made possible through Gov. Murphy’s and legislative leaders’ commitment to a dynamic, well-resourced child welfare system, the cumulative work of past and current leaders, and the hard work and dedication of DCF’s 6,600-member workforce,” said NJDCF Commissioner Christine Norbut Beyer.

The signing of the legislation represents the symbolic end to 20 years of federal oversight of New Jersey’s child welfare system, which established under a consent decree via the 1999 Charlie and Nadine H. v. Whitman class action lawsuit against the agency formerly known as DYFS, the Division of Youth and Family Services.

The triggering event that led to the lawsuit settlement in 2003 was the death of Faheem Williams and the severe abuse and neglect of his brothers, whom the agency lost track of for nearly a year.

In March 2022, the state negotiated a plan of action to exit the federal oversight program. As part of the deal, New Jersey was required to implement a statutory mechanism for the child welfare system to ensure continued transparency and accountability in regard to key performance metrics.

New Jersey also ranked seventh among states for the lowest number of moves children experience while in foster care.

“New Jersey has made a lot of progress in improving protective services for children who have suffered abuse or neglect,” said State Senate Majority Leader M. Teresa Ruiz (D-29). “But continued oversight and accountability are essential. We need to ensure that families are given the help and support they need to provide safe and healthy conditions for young people.”