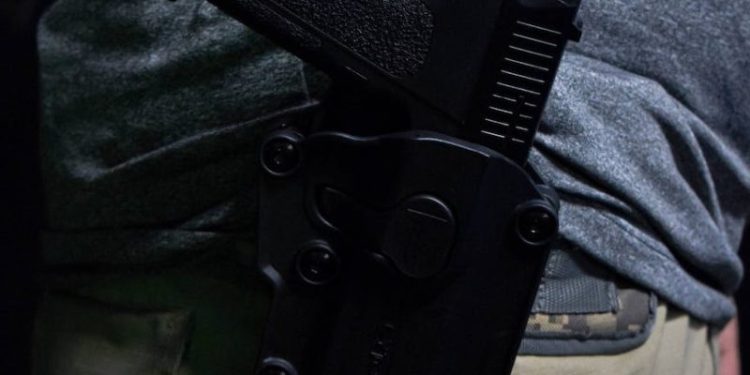 Photo by Felipe Jimu00e9nez on Pexels.com

New Jersey Republicans lawmakers are predicting that the new concealed carry law signed by Gov. Phil Murphy will not hold up in court—and one gun rights group has already filed papers to challenge the constitutionality of the new law.

The Association of New Jersey Rifle & Pistol Clubs filed a lawsuit in federal court contending that the U.S. Supreme Court decision in New York State Rifle & Pistol Association v. Bruen from last Summer “guarantees the right of the people to carry handguns in public for self-defense.”

The complaint describes the bills in the package Murphy signed Dec. 22 as steps toward making a “permit to carry a handgun utterly useless.”

“The era of New Jersey blocking self-defense of law-abiding citizens is over,” said Scott Bach, the association’s executive director. “The Supreme Court has spoken, and this new law is essentially a defiant middle finger from New Jersey to the high court. The new law is going to go down in a flaming ash heap.”

Among the new restrictions now in place include concealed carry is not permissible includes high-density locations such as entertainment venues, including stadiums, arenas, amusement parks, casinos, racetracks, and publicly owned libraries and museum; youth sporting events and other recreational facilities, such as public parks, beaches, and playground; bars, restaurants where alcohol is served, and any other locations that serve alcohol for on-premises consumption; and airports and public transportation hubs.

Besides high-density locations, the restrictions will apply to locations with vulnerable populations such as schools, colleges, and universities; and locations with governmental and First Amendment activity.

The bill sets a default rule that firearms cannot be carried on private property, including homes, businesses, stores, and houses of worship, unless the property owner expressly communicates permission through express consent or specific signage.

Additionally, permit requirements were by expanding ineligibility for a carry permit to persons with an outstanding arrest warrant for an indictable offense; persons subject to certain restraining orders, including persons who have violated either a temporary or a final restraining order; and persons subject to voluntary admissions to mental institutions or hospitals.

State Sen. Anthony Bucco (R-25) sees the bill as a missed opportunity to get something done on a bipartisan basis.

“It’s a shame the Democratic Majority would not work with Republicans to ensure that the concealed carry of firearms can be managed in a safe, reasonable, and constitutional way,” said Bucco. “Instead, they modeled after an extreme and clearly unconstitutional New York law that federal judges have already ruled against with new insurance requirements that may be impossible to meet.”

“It’s an overreaching attempt by Democrats to see how far they can go in rolling back the Supreme Court’s Bruen decision while imposing even greater restrictions on law-abiding firearm owners than ever before.”

Two other GOP lawmakers believe the bill’s target is misguided.

“The restrictions that Democrats and Gov. Murphy enacted on concealed carry in New Jersey ignore the Second Amendment, defy the United States Supreme Court, and will do nothing to stop violent crimes committed with illegal guns,” said State Sen. Edward Durr (R-3). “I’ll continue to fight for people’s rights and against Democrats who don’t believe that law-abiding New Jerseyans should be able to protect themselves.”

State Sen. Michael Testa (R-1) added that “we have a lot of problems in the state of New Jersey, that are much more to do with illegal guns, rather than lawful gun owners. And I think that’s where we should focus much more of our scrutiny rather than the legal gun owner, who now wants to protect themself.”

But members of the Murphy Administration were adamant that the law would stand up to judicial review.

After the lawsuit was filed, a spokesperson for Murphy’s office expressed confidence the law the governor signed “is constitutional and consistent with the Bruen decision.”

“If a challenge comes, we are more than ready to defend it,” said Attorney General Matt Platkin.