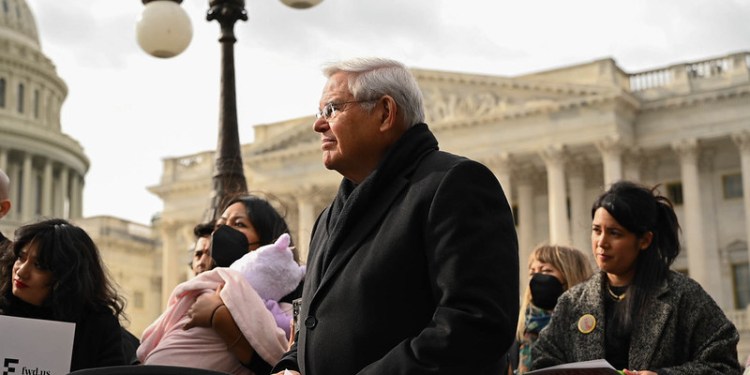 Sen. Bob Menendez blasted the recent U.S. Supreme Court’s decision to block immigration policies the Biden Administration sought to reverse that were enacted during the pandemic.

At issue is the lifting of Title 42 limits, forcing the U.S. government to leave in place a Trump era decision that restricted migration at the southern border. The court’s order was a victory for the 19 states that had sought to keep policy in place, saying that states often must bear the brunt of impacts from a surge in border crossings.

Title 42 is part of the Public Health Service Act of 1944 aimed at preventing the spread of communicable diseases in the country. Under the responsibilities of the CDC director since 1966,  health officials have the authority, with the approval of the President, to prohibit “the introduction of persons and property from such countries or places” for as long as health officials determine the action is necessary.

Menendez, calling Title 42 “a disastrous relic of the Trump Administration and Stephen Miller’s racist immigration policies,” argued the policy being kept in place made no sense if the goal was to reduce illegal crossings.

“In two years, Title 42 has led to the highest number of border encounters in decades,” he said. “Republican states who desire to keep Title 42 in place have made their agenda clear—to prevent the Biden Administration from making any progress in reducing the inhumane consequences of mass migration at the southern border.”

The son of Cuban immigrants, Menendez believes the current immigration policies are not sustainable and are actually making the situation along the Mexican and U.S. borders worse.

“Title 42 is an affront to our nation’s values and it goes against every word that is etched on the Statue of Liberty,” he offered. “It is my hope the Administration avoids resorting to other failed Trump-era policies, like an unlawful transit ban, that will exacerbate the current situation at the southern border where thousands of asylum seekers are waiting under dangerous circumstances for a chance to present their cases.”

The court said that it would hear arguments in the case in February and that the stay would remain in place pending a ruling. Justices Sonia Sotomayor, Elena Kagan, Neil M. Gorsuch and Ketanji Brown Jackson dissented from the unsigned brief.

Menendez, put in charge by President Biden to lead the U.S. Senate when it comes to immigration reform, believes the response should be to open more pathways to citizenship.

“In response to this legal setback, President Biden’s advisors should recommit to expanding legal pathways of migration to the United States rather than solely relying on Title 42 to address the thousands of refugees fleeing political violence in Cuba, Nicaragua, and Venezuela,” said the Hudson County lawmaker.