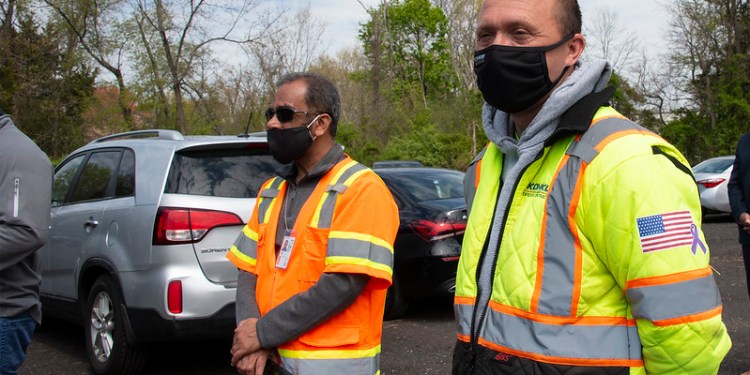 While Republicans unsuccessfully continue their attempts to seat the new House, North Jersey lawmakers laid out what the Democratic-controlled Congress in the last term delivered to their districts when the omnibus bill was passed last month.

Senators and representatives promoted the funding for state-wide initiatives as well as money for community projects they secured for the coming year. The government funding bill provides significant investments in health care, transportation, housing, defense, infrastructure and education programs according to the lawmakers.

The bill—H.R. 2617—provides $1.7 trillion in funding, which reflects increases in both non-defense and defense spending over the year before. Overall, the 12 appropriations bills provide $772.5 billion in nondefense funding and $858 billion in defense funding, including $44.9 billion in emergency assistance to Ukraine and NATO allies.

“The Senate passed a bipartisan government funding bill that invests in our future, helps manage rising costs, and strengthens our economy, health, and well-being. This bill ensures our children, our families, our troops, and our veterans have access to vital services and programs. It will improve financial security through emergency savings accounts and makes significant investments in our region’s infrastructure, including advancing the Gateway Program,” said Sen. Cory Booker. “This bill caps off one of the most productive Congresses in history. But there is still work to be done, and I look forward to working with colleagues next year to reinstate the child tax credit expansion and take steps toward building a more equitable country.”

Sen. Bob Menendez added the passage support “many of the priorities I’ve been fighting for during the 117th Congress. From securing a five-year extension of the Maternal, Infant, and Early Childhood Home Visiting Program and an additional 200 slots for Graduate Medical Education to providing justice and relief to 9/11 families and other U.S. victims of terror and funding Puerto Rico’s Medicaid program for the next five years, this spending package provides key investments for communities all over the country.”

The lawmakers in both the Senate and House highlighted specific nationwide bill that included:

For Reps. Donald M. Payne, Jr., Mikie Sherrill and Josh Gottheimer, they each promoted the various funding for specific projects in their district.

Payne noted the spending bill “includes funding for community development and I was proud to provide more than $19 million for 14 important projects throughout my district.”

Benefits to the 11th

In the 11th Congressional District, Sherrill was able to secure funding for key New Jersey priorities such as flood mitigation, Picatinny Arsenal, job training, and 14 Community Projects to address needs identified by the community.

“I am proud to have voted for this bipartisan legislative package, which delivers on key priorities that will lower the cost of living for New Jersey families, create good-paying jobs, keep our nation and communities safe, and protect our environment,” said the Congresswoman.

Among the projects that will receive federal funding are

“I remain steadfast in my commitment to bringing back every federal dollar I can to make New Jersey a better and more affordable place to live,” said Sherrill.

Priorities in the 5th

A priority of Rep. Josh Gottheimer since being elected in 2016 has been clawing back federal dollars to communities in the 5th Congressional District. In 2023, 14 local projects will be the beneficiary of those efforts.

“The bipartisan bill will help the Fifth District claw back federal investments to help fix our roads and infrastructure, protect our schools and houses of worship from threats, support our law enforcement, firefighters, and veterans, and keep our air and water clean.”

Among the projects receiving funding are:

“This bipartisan federal investment includes a multitude of key priorities to help North Jersey and will help ensure our tax dollars are working for us right here,” said Bergen County lawmaker.

Below are links from the the lawmakers that goes into greater detail where funding will be directed to in 2023:

New Jersey Minimum Wage Increased to Over $14 per Hour