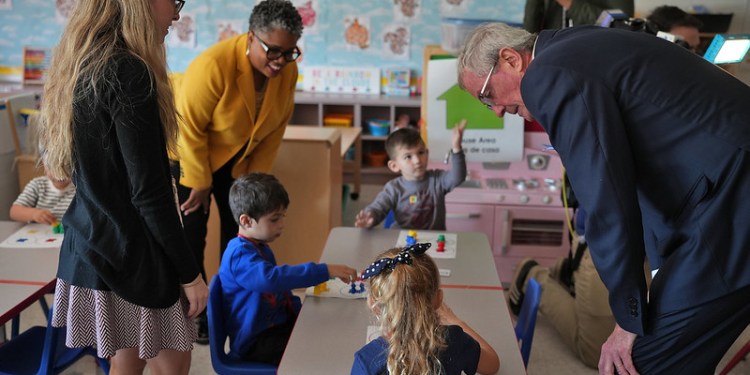 The funding is designed to help school districts facing a reduction in state aid or other budgetary imbalances, and was authorized through Gov. Phil Murphy’s Fiscal Year 2023 State Budget.

“The department always strives to work closely with districts to ensure schools receive the funding necessary for the needs of their students,” said Dr. Angelica Allen-McMillan, Acting Commissioner of Education. “This Stabilization Aid is an example of that partnership with school districts, and I applaud Governor Murphy for providing this additional layer of immediate support.”

NJDOE said it prioritized applications based on a variety of factors, including equipment, supplies, technology, furniture, school bus availability and condition, transportation costs, textbooks, and one-time security costs in handing out $29.7 million in aid.

This year represents the second year Murphy included Stabilization Aid in the budget and followed a 2018 bill designed a seven-year plan to reallocate state aid to school districts.

Two Passaic towns will receive aid during 2023, including $1.3 million issued to West Milford Township and $101,569 earmarked for Woodland Park.

In Hudson County, Weehawken Township will see $284,166 in Stabilization Aid. Like Hudson, Morris County saw only one recipient. Jefferson Township will receive $247,586 in state aid in 2023.

No school districts within Bergen or Essex counties will see any Stabilization Aid under the Fiscal Year 2023 State Budget.

Sixteen of the 42 school districts that received funding were located in Monmouth County. Burlington County had four, while Ocean County had five.

Meanwhile, West Milford wasn’t the only school to receive more than $1 million in funding, with nine other school districts passing the milestone: