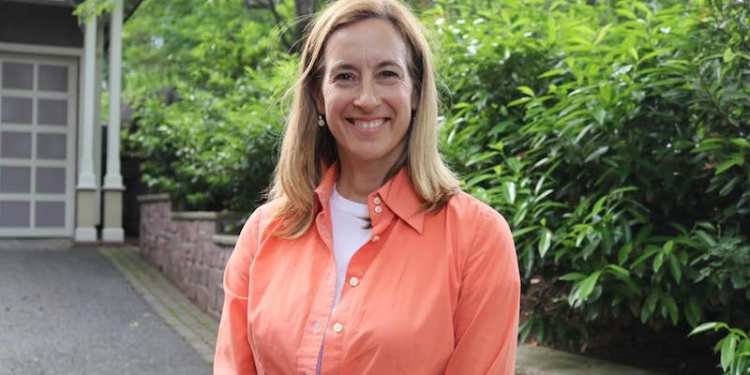 As Republicans get set to vote for a third day to select a new Speaker for the House and have not yet sworn in those elected to serve in the lower chamber, Mikie Sherrill is unsure of her current title.

“I’ll have to check with the Parliamentarian but I suspect I’m still a Congresswoman-elect because I haven’t been sworn in yet,” offered Sherrill during a 20 minute press call on Jan. 4. “Things are in a little bit of disarray here. But that’s OK. I have four kids so I enjoy bringing order to chaos. So I should do quite well in this Congress, from what I’ve seen so far.”

While the call was originally set up to outline Sherrill’s priorities for this year, the inability to seat the 118th Congress dominated due to the intra-party fighting of Republicans was the main topic of questioning.

The congresswoman offered that there have not been serious efforts among Democrats and Republicans to get behind a coalition candidate as of Wednesday, just some one-off conversations. But Sherrill believes it would be up to GOP lawmakers to make the first move.

“They have to understand what they’re willing to do to have Democrats come over,” she said. “Kevin McCarthy…has already given up this store to the right wing. So why would we make him Speaker when he’s already agreed to sort of the list of demands from the right?”

Looking for a Moderate

The Morris County lawmaker said that the type of candidate Democrats would work with is someone more moderate McCarthy while not inflaming the anger from the extreme GOP right such as Reps. Matt Gaetz (R-FL) and Lauren Boebert (R-CO).

“I think what would have to happen is someone would have to come forward and say, ‘Look, here’s how I’m going to govern. I think this makes sense for everyone, I think it’s good for our country,’” she said. “Will you agree to support me if I do this, this and this?”

Sherrill offered that the Republican playbook is to put someone forward that they know will be unacceptable to the moderates and then come forward with a consensus candidate.

“I don’t think that the moderates in the Republican Party would allow someone like a Jim Jordan to come forward,” she opined.

The inability of the Republicans to govern was expected by Sherrill, something Democratic lawmakers and even Republicans such as Senate Minority Leader Mitch McConnell took into account the past two years when they passed the budget at the end of the year and other major legislative initiatives.

“We saw this coming, this is not really surprising,” she said. “There was a suspicion by many of us that Republicans would not be able to govern in the House. We took steps to make sure that we would serve the American people if they failed to govern.”

The congresswoman said that both parties needed to work together with slim majorities in both the House and Senate—something the former Speaker Nancy Pelosi was “not really willing to do very much. McCarthy hasn’t shown signs of doing that either.”

“We are seeing the nation trying to balance us out here, trying to force us to work together, trying to force us to some equilibrium in our nation,”  Sherrill said. “Democrats had this really slim majority. The Republicans have a really slim majority, and the Senate was tied in the last Congress; this time it’s still very, very tight. So the public’s trying to push us, I think, towards more moderation, away from the extremes, towards solutions and getting stuff done.”

But in Sherrill’s eyes, the opposite has happened.

“As we develop these slim majorities, it gives more and more power to the extremes,” she said.

Working Across the Aisle

Sherrill offered the antidote is choosing to work with the other side of the aisle, an area she believes she can have a great impact due to her assignments and relationships built over the last four years in office.

“There is a great pathway forward even though there is a Republican majority,” the Montclair resident said, noting this is the first time since she will be in the minority. “In this moment, I sit on committees and bipartisan caucus where there is a lot of opportunities…and I will take advantage of it.”

Sherrill said her priorities will be to ensure the legislation passed in the last term—such as the the Bipartisan Infrastructure Bill that includes money for the Gateway Tunnel project, the Inflation Reduction Act and the National Defense Authorization Act—continue to be enacted as well as moving forward with her bipartisan auto theft bill.  She noted that New Jersey now ranks 22nd in federal money returning to the state (up from 48th), topping $1.37 for every dollar sent to Washington.

“I will continue to fight in Congress for the families I serve to have an even more affordable future in our state,” she said.