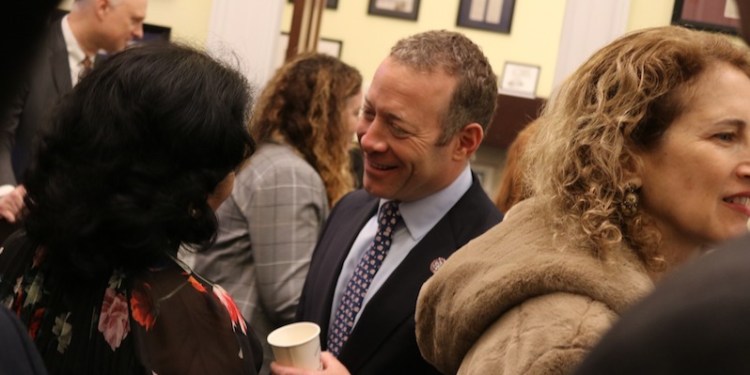 According to Rep. Josh Gottheimer, the deals Rep. Kevin McCarty (R-CA) is cutting with Republican extremists to be Speaker of the House will hurt chances to get bipartisan legislation approved over the next two years.

One of the main issues worrying Gottheimer is the move to vacate the chair, which allows a single member of the House to bring to the floor a vote of no confidence in the Speaker. As co-chair of the Problem Solvers Caucus, the North Jersey lawmaker was able to reform the rule to make it a higher threshold a few years back.

“I’m concerned that if they cave to the far-right extremists on the Motion to Vacate, and continue to give away the store on committees and rules, Congress could be forced into a gridlock nightmare for the next two years — all at the expense of American families and progress,” he said.

Gottheimer added, “In 2018, I fought hard alongside members of the Problem Solvers Caucus to increase the threshold for a Motion to Vacate to help avoid empowering extremists and gridlock.”

“We are able to change that rule and others in place to all for more bipartisan rules for governing which I think is critical and saw the fruits of that in the last Congress.”

As voting for a Speaker starts its 12th round Jan. 6, Gottheimer thinks those in Washington are focused on one thing—moving forward so that they can actually get to work for the country.

“Right now, there is a branch of the government that is offline while we are waiting for this to get resolved,” he said. “Republicans continue to try but obviously keep hitting a wall. But given how much we have to do for the country, we want to get to work and actually have a House we can govern in.”

Gottheimer during a television interview the day before said any movement about a coalition candidate must be initiated by Republicans.

“They have made it clear right now that they want to work it out on their side by giving away more and more to the far right,” he said. “Lots of us are having conversations but it’s really in their court to see if they want to work together in that way.”

Gottheimer said accomplishments of the last House—such as infrastructure, confronting China with The CHIP Act, standing by veterans and law enforcement officials—with similar split in who controls the House would be much harder to obtain in the next two years with the proposed rules changes.

“We just had a Congress that was extraordinarily bipartisan and productive, and we have a ton of work still to do, with real bipartisan opportunities for the country,” he said. “We can’t let a band of extremists get in the way of that and stop us from getting things done.”

The North Jersey Democrat worried that once a Speaker is agreed upon, the ability to move forward with bipartisan legislation will be difficult.

“If you got the right environment and willing parties, you can actually get legislation accomplished,” he said. “If you set up a situation where you just hand over the kings of the kingdom to these extremists and they are in control, it is going to be very difficult to govern under that scenario.”

“Right now, whatever rules we agree to—and I worry a lot about that as things are moving to defending the extreme far right here and letting them control how the House is going to run—it is going to be very difficult to govern under a Speaker with these rules.”