U.S. Senators see it as a continuation of Trump-era policies 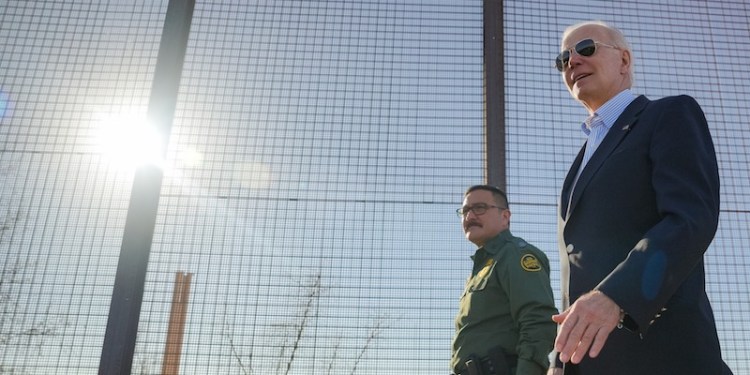 When it comes to immigration, New Jersey Sens. Bob Menendez and Cory Booker are not on the same page as their fellow Democrats in the Biden Administration.

The two North Jersey lawmakers released a statement on Jan. 5 with fellow Dems Sen. Ben Ray Luján (D-NM) and Alex Padilla (D-CA) expressing disappointment with the border policies announced that included the extension of Title 42 and imposing a “transit ban” in the southern border.

“While we understand the challenges the nation is facing at the Southern border exacerbated by Republican obstruction to modernizing our immigration system, we are deeply disappointed by the Biden Administration’s decision to expand the use of Title 42,” read the statement from the U.S. senators.

“My administration is taking several steps to stiffen enforcement for those who try to come without a legal right to stay,” President Biden said on Jan. 5, days before a two-day summit meeting in Mexico City and his first visit to the U.S. southern border.

The U.S. policy would deny people from Cuba, Nicaragua, Venezuela and Haiti a chance at asylum if they cross the Mexican border without authorization between official ports of entry. People from those countries, who are among the many tens of thousands of migrants who try to cross the border every month, would be returned immediately to Mexico instead.

Additionally, Biden said that as many as 30,000 people per month from the four countries would be given the chance to migrate legally to the United States if they have the means to afford a plane ticket, get a sponsor, download an app, pass a background check and meet other requirements.

The four Dems see this just as a continuation of the “failed and inhumane Trump-era” Title 42 policy put in place to address a public health crisis that would do nothing to restore the rule of law at the border.

“Instead, it will increase border crossings over time and further enrich human smuggling networks,” they said. “We are pleased to see an increase in the access to parole for Cubans, Nicaraguans, Venezuelans, and Haitians, but this narrow benefit will exclude thousands of migrants fleeing violence and persecution who do not have the ability or economic means to qualify for the new parole process.”

Additionally, the quarter believes the new transit ban regulation disregards the U.S. obligations under international law by banning families from seeking asylum at the border, likely separating families and stranding migrants fleeing persecution and torture in countries unable to protect them.

In separate comments, Menendez said the new policy will affect those waiting to have their asylum cases heard delayed.

“This benefit will exclude migrants fleeing violence and persecution who do not have the ability or economic means to qualify,” said Menendez, who was tapped to lead immigration reform in U.S. Senate by Biden after becoming President.  “(It’s) merely an attempt to replace our asylum laws, and thousands of asylum seekers waiting to present their cases will be hurt as a result.”