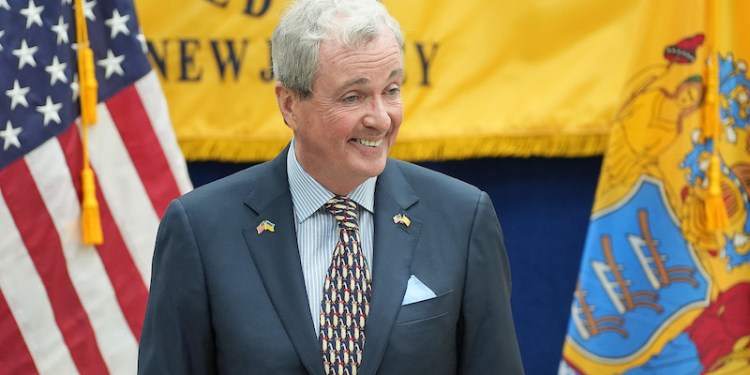 Gov. Phil Murphy 2023 State of the State address was equal parts a celebration of accomplishments made during his tenure, a call to do more and a vision of what the next New Jersey can be.

“We are rebuilding the American Dream right here—more expansive and inclusive than ever before—for all willing to put in the work,” he said in a speech on Jan. 10 in the packed Assembly chambers. “Today, every New Jersey family can be proud to live in a state which, in so many ways, is not just a model for our nation, but also leading our nation. Leading in building a modern economy that doesn’t just create good jobs today but has the staying power to keep creating good jobs well into our future.”

News coming from the speech included a second extension of the ANCHOR property tax refund to Feb. 28, his intention to rework the liquor license program in the state, and creating a fund in the next budget for boardwalks along the Jersey Shore.

An overriding theme in the address was the continued economic well being of the state coming out of the pandemic—and the pledge to do more to help small businesses still finding their way. Murphy noted the state has grown new jobs for 31 consecutive months, an unemployment rate at 3.4% that is lower than the national rate and the lowest since right before the pandemic, and GDP growth  in the last quarter available that is more than half-a-point above the national average at of 3.9% .

“We outpaced many of the so-called “business friendly” states—states that some claim we have to emulate. States like Georgia and Florida,” he said. “Our clear record of success is greater than that of states that pay for huge tax breaks for the wealthiest and most powerful by taking away investments from public education and civic programs. In New Jersey we are proving we can live our values, improve lives, and compete with anyone, any time.”

Murphy would cite growth in industries such as offshore wind, financial services technology sector, online gaming, cannabis, life sciences, and the entertainment industry, including the recent announcement of Netflix building a production studio at Fort Monmouth.

The second term governor said this is happening due to his administration’s decision to focus on building a “modern economy that doesn’t just create good jobs today but has the staying power to keep creating good jobs well into our future.”

“We have not only seen great successes in growing new economic opportunities over the past five years, but we are setting New Jersey up for an even more prosperous future,” he said.

He contrasted previous administration attempts as throwing big enough tax break at them to get them to move to or stay in New Jersey that resulted in limited successes and not long term strategy to endure growth.

“No one ever stopped to ask what the New Jersey of 20 or 50 years down the line should look like,” he said. “The only question that was ever asked was whether a deal could get done fast enough so it could be used in the next campaign commercials.”

But Murphy noted that in a post-pandemic world, the way of doing business has changed with people as likely to go to an office building as to work from home in their kitchen.

“When we first proposed our reformed incentives program, I noted that we needed to be nimble and to work at the speed of business. And so today, in that spirit, I call for us to live up to this by coming together to make a necessary update,” he said. “We must recognize that in the new, post-pandemic business environment, not every new job created for a New Jerseyan is going to be housed in a physical office in New Jersey. For many New Jerseyans, working remotely is here to stay.”

Murphy told the State Senators and Assembly members gathered that his first legislative priority in the New Year is to sign legislation centered on reducing the number of auto thefts in New Jersey. He noted that through actions made in the last year, car thefts were down 13%  from September through December, from the same four months of 2021.

“Three months ago, I stood alongside the legislative leaders from both houses to unveil a package to further tighten our laws against car theft,” he said. “So, I ask you today to make passing these measures a top priority. If you send these bills to my desk, I will enthusiastically sign them.”

The governor added that because of New Jersey’s strong gun safety laws, in 2022, shootings were down 26% and gun homicides 17%.

The biggest announcement from Murphy wanting to work with legislators in both houses to update the liquor license permitting process that has not been updated in nearly 90 years.

“There’s no other way to put it – our liquor licensing regime is antiquated and confusing,” he said. “We rely on a foundation of rules written in the days immediately after Prohibition to govern a 21st century economy. That makes no sense.”

Framing it as just another way his administration is attempting to help small businesses and Main Streets still attempting recovery from the pandemic, he offered a proposal that will gradually expand the number of liquor licenses available from one for every 3,000 residents while offering tax credits to businesses that have already purchased one.

“Expanding the number of available liquor licenses will not only help keep our favorite local restaurants healthy, it will also help keep our economy healthy,” said Murphy. “This won’t be easy, but it will be worth it. We project that overhauling our liquor license regime will create upwards of 10,000 jobs annually and, over the next 10 years, generate up to $10 billion in new economic activity and $1 billion in new state and local revenues.”

Murphy is looking to marry those reforms with removing outdated licensing and operating restrictions on craft breweries, distilleries, and wineries, “which are seeing nothing short of a true renaissance.”

Model for the U.S.

With questions about Murphy’s future plans, the governor continually referenced New Jersey as being an example to the country on what could be accomplished and how working together ends with results making for a better life for residents of the state.

“Everything we do is guided by our belief that tomorrow can be better than today for the state we all love,” he said. “We have done so much to make New Jersey the best state in the nation to live, work, and raise a family, but we can be even better.”

Murphy contrasted the ability for New Jersey lawmakers to work together as compared to those in Washington.

“Fostering a stronger, fairer, responsible, more affordable, and growing New Jersey is what each and every one of us here were elected to do. And regardless of whether our names are followed by a letter “D” or a letter “R,” this is work to which we are all committed,” he said.

“Let us never forget that in the grand ranking of things we are partisans fourth, elected officials third, New Jerseyans second, and Americans first and foremost,” he said to a standing ovation from both sides of the aisle.

But Murphy ended his address by saying that despite the success, there is still more work to be done to make New Jersey more affordable and a better place to live.

“We have challenges to continue to rise up to meet. And we have new brass rings at which to reach,” he said. “Now is no time for us to stop and admire the view when a brighter horizon remains forever ahead.”