Survey finds support for policies but not parties 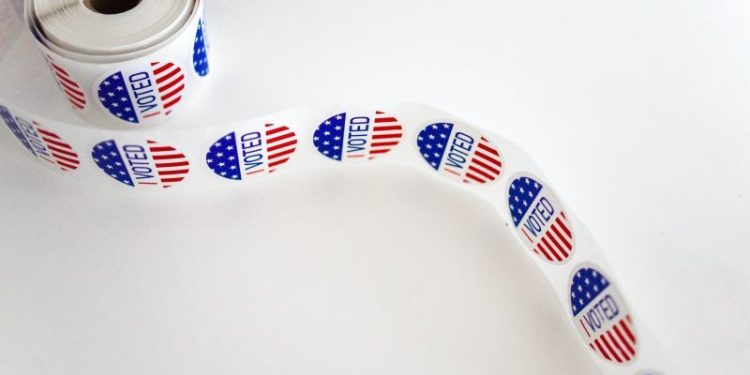 New Jerseyans under the age of 30 may tend to be more politically progressive but that doesn’t necessarily mean they are more likely to be Democratic than older voters in the state, a new poll found.

A recently released survey from Fairleigh Dickinson University showed that although young adults tend to have an interest in issues such as abortion, climate change and universal healthcare, they are generally distrustful of political parties, as well as democracy as an institution.

In commenting on the results, Dan Cassino, the poll’s executive director and professor of government & politics at FDU, said, “It’s not as simple as young voters being more Democratic. We’re seeing that the past few years of American life have shaped their political and social views into something entirely new and different.”

Overall, young adults in New Jersey are not significantly more liberal than voters overall in the state. Fifty-two percent of respondents said they identify as Democrats, compared with 50% of voters statewide, the survey found.

They are, however, less likely to identify as Republicans, according to the poll. Twenty-five percent of young New Jerseyans say they are Republicans, compared to 33% of the overall voter population in the state.

Additionally, young women are much more likely to be Democrats than young men (61% versus 46%) and less likely to be Republicans (20% versus 29%).

There are some warning signs for Democrats, though, the survey found, with the political party maintaining only a narrow edge over Republicans among young Whites (43% versus 37%).

Additionally, Democratic support among other racial and ethnic groups is far from monolithic. According to the results, 63% of Blacks say they’re Democrats, but that figure falls to 56% among Asian Americans and 53% among Hispanics.

After noting that there have been challenges for Democrats nationwide among non-white groups, Cassino said New Jersey’s Democrats “cannot afford to take non-White voters, especially non-White men, for granted in elections.”

A majority of young New Jerseyans, Democrats and Republicans alike, agree that climate change poses “an existential threat to society.” Of those respondents, 84% were Democrats and 60% were Republicans.

When it comes to healthcare, 88% of young Democrats and 75% of young Republicans believe the government should offer free access to basic coverage.

Cassino observed that young voters “seem to be well to the left of older voters” on these issues. He went on to say, “Among young people, these don’t even look like political issues: they’re just truths universally acknowledged.”

The survey found little support for an all-out ban on abortion, with only 3% of young Democrats and 15% of young Republicans saying they think it’s necessary.

Cassino said, “Young people in New Jersey are rejecting abortion bans. For Republicans, the challenge is distancing themselves from extreme views in their own party if they want to have a chance with under 30s.”

Overall, 49% of New Jerseyans age 30 and under believe abortion should be legal under any circumstance, compared to 51% of all voters in the state. Of young adults who said abortion should always be legal, 64% were Democrats and 34% were Republicans, the survey found.

Former President Donald Trump is particularly unpopular among young people in New Jersey, according to the results.

Only 19% of young voters in New Jersey voted for former President Donald Trump in 2020, compared to 48% who cast their ballot for President Joe Biden. Additionally, 22% of young Republicans say they supported Biden in that race.

The 30-and-under set also expressed a degree of skepticism about the way government works.

Seventy-eight percent of young New Jerseyans agree that “the current political parties are too corrupt and ineffective to actually get anything done,” with 42% percent strongly agreeing. Of those respondents, 78% were Democrats and 76% were Republicans.

In addition, 56% of those 18 to 30 agree that “democracy is still the best way to run a government.” But only 58% of young Republicans and 36% of young independents hold that view, compared to 75% of young Democrats.

“The fact that support for democracy, as a concept is this low should be a wakeup call for everyone,” said Cassino. “Young people don’t feel like they’ve seen democracy work, and that’s led to the very basis of our system become politicized.”

The poll was conducted last month, surveying 1,678 New Jerseyans between 18 and 30 years old and carries a margin of error of plus-or-minus 4 percentage points.

Republicans: Murphy’s Rosy Address Not Based in Reality