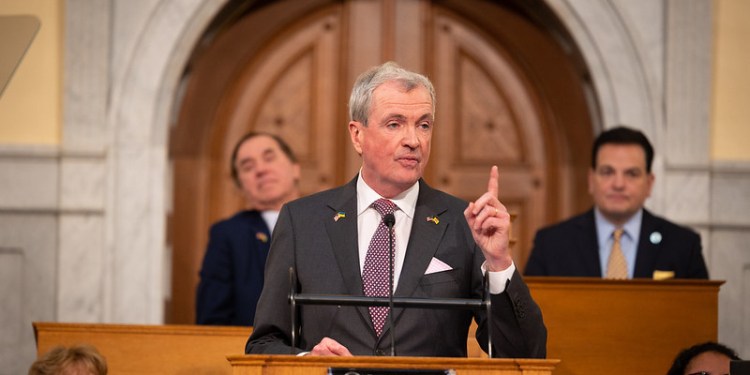 Gov. Phil Murphy continues to enjoy the approval of a majority of New Jersey residents.

That’s according to the most recent Monmouth University Poll released Jan. 11, which found the current governor enjoyed a 53% approval rating among New Jersey residents. Thirty-five percent of those polled said they disapproved of Murphy.

When dissected by registered voters, 52% approved of the current governor while 36% disapproved. These results were both in line with ratings over the past two years, including before and after his re-election victory in 2021.

The governor’s approval rating topped out at 70% in 2020 as the COVID-19 pandemic started to spread.

Unsurprisingly, Gov. Murphy enjoyed broad support from members of his party, with 84% of New Jersey Democrats approving of the job he is doing. Among independents, he had a 46% approval rating while just 16% of state Republicans give him a thumbs up.

Despite the approval rating, Gov. Murphy did not yet have a legacy item that would define his tenure in the years to come.

“Murphy seems to be holding course. His rating is above water in a state where Democrats have a registration advantage, but he doesn’t seem to have broken through yet with a major legacy item that New Jerseyans point to as a hallmark of his administration,” said Patrick Murray, director of the independent Monmouth University Polling Institute, in a statement released with the poll.

The New Jersey public remains divided on whether Murphy will entertain a presidential run, with 45% saying he is more concerned about his own political future and 44% arguing he was more concerned with governing the state.

The Monmouth University Poll noted the percent of New Jerseyans who believed he was more concerned with his own political future has ranged between 39% and 49% since he took office; comparatively, the percentage who thought the same of former Gov. Chris Christie reached nearly 80% towards the end of his tenure.

Thirty-three percent of New Jersey residents say Murphy will probably run for president someday, with 7% thinking this was a definite. This was only slightly higher than a similar question posited a year ago.

That said, only 32% said he would make a good president, including 54% of Democrats. Fifty-five percent said he was not presidential material.

As for his predecessor, just over a third of those polled (35%) think Christie will run for president again, even though media circles continue to buzz about a potential 2024 run. At the same time, just 20% of his former constituents say Christie would make a good president while nearly 3 in 4 (73%) say he would not. The current results are similar to statewide opinion on this question during Christie’s final years in office.

“I think part of the low expectations for Murphy on the national stage is that there isn’t an obvious job opening in the foreseeable future. The same can’t be said for Christie, but still most New Jerseyans seem to think his disappointing 2016 run should have been enough for him,” said Murray.