Republicans say ruling shows Dems should have reached across the aisle 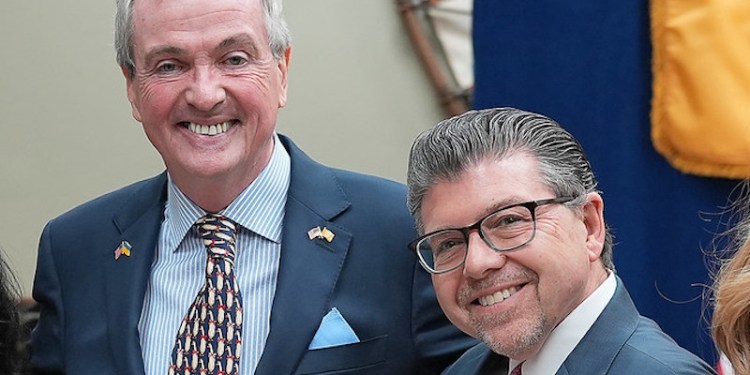 The bill pushed through by Democrats and signed into law last month by Murphy is almost identical to the conceal carry law in New York, which placed harsh restrictions on who could obtain a conceal carry permit and who could not. Dems said the new law was written in response to the Supreme Court last year that found New York’s concealed gun law was in violation of the Second Amendment and thus unconstitutional.

Bucco had warned Democrats prior to the bill becoming law that the restrictions imposed by the governor’s new gun law were in direct violation of an individual’s right to bear arms.

“We knew the law was likely unconstitutional since it copied major portions of a New York law that has already suffered serious setbacks in federal court,” said Bucco.  “Despite all of our warnings, Gov. Murphy and Trenton Democrats plowed ahead and enacted an obviously flawed proposal. Yet again, the Legislature will have to revisit one of their bad laws to fix the mess they created.”

The Morris County lawmaker even extended an olive-branch to Democrats, hoping that the ruling issued by U.S. District Court Judge Renée Marie Bumb would be a “wake-up” call to work together towards a more sensible concealed-carry law.

“To my Democrat colleagues, I hate to say, ‘I told you so,’ but I told you so,” Bucco added. “Maybe now they’ll be willing to work with us on sensible solutions to ensure that the legal concealed carry of firearms can be practiced in a safe manner in accordance with the U.S. Supreme Court’s decision in Bruen.”

Judge Bumb’s ruling on Jan. 8 caught the attention of Oroho, who criticized Democratic lawmakers in Trenton for knowingly signing off on a piece of flawed legislation at the behest of Murphy.

“Republicans warned when Gov. Murphy’s concealed carry law was being rushed through the Legislature that it was an unconstitutional attempt by Democrats to circumvent the United States Supreme Court and strip away the rights of legal firearm owners.”

Oroho continued; “The federal judge’s ruling, which validates what we have been saying, is a victory for the 2nd Amendment and the rights of law-abiding citizens to protect themselves both in public and in private. We look forward to the offending provisions of the law being permanently struck down.”

In a critical 60-page opinion in support of her decision Judge Bumb wrote, “Neither the State nor the public has an interest in enforcing unconstitutional laws.”

The judge’s ruling blocks a portion of the law that bans firearms in public places, such as libraries, museums, bars, restaurants that serve alcohol, and entertainment facilities like stadiums, concerts, and theaters.

The law according to Bumb, “essentially renders the entire state of New Jersey a ‘sensitive place’ where firearms are prohibited.”

Adding; “The deprivation of plaintiffs’ Second Amendment rights, as the holders of valid permits from the state to conceal carry handguns, constitutes irreparable injury, and neither the state nor the public has an interest in enforcing unconstitutional laws.”

New Jersey’s Attorney General Matt Platkin said in a statement he is “disappointed by the court’s ruling, which is inconsistent with the Second Amendment and will make New Jerseyans considerably less safe. But this temporary order is just that: temporary.” Platkin said his office plans to appeal the ruling.

Tyler Jones, a spokesman for Governor Murphy vehemently criticized Judge Bumb’s ruling.  “While we are pleased that most of our concealed carry law remains in effect, we are disappointed that a right-wing federal judge, without any serious justification, has chosen to invalidate common sense restrictions around the right to carry a firearm in certain public spaces.”

Judge Bumb however, suggested that before the law was passed the administration “should have been better prepared to defend the legislation’s constitutionality,” considering they anticipated these challenges.