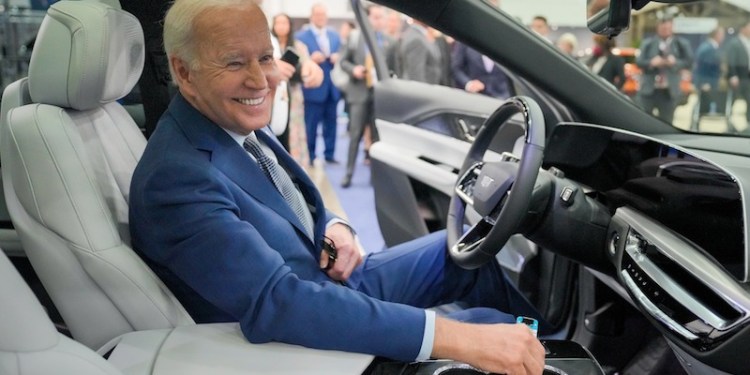 With the 2024 Presidential election on the horizon, New Jerseyans are mixed on the job performance of the current office holder while support is split for other Garden State natives who may be considering a run for the highest office in the land.

President Joe Biden has received a split decision on his job performance from New Jersey residents, with 46% approving and 48% disapproving.

That’s according to a recent Monmouth University Poll, which noted the current president’s approval rating topped out at 50% during the first few months of his term. However, Biden has consistently rated below that high water mark for a year.

The poll, which showcased steady approval for Gov. Phil Murphy, found about 4 in 10 New Jersey residents believe that Murphy is planning to run for President someday (7% say he definitely is and 33% say probably). Despite the public’s positive ratings of the job the second term governor is doing, just 32% say he would make a good president, including 54% of his fellow Democrats. Most (55%) say he is not presidential material.

As for Murphy’s predecessor, only 35% of New Jerseyans expected former Gov. Chris Christie to run for president again, despite buzz regarding a potential 2024 run.

Just 20% of New Jerseyans believe Christie would make a good president, while 73% believed he would not. The poll administrators noted these figures were similar to statewide opinion captured during Christie’s final years in office as New Jersey Governor.

“I think part of the low expectations for Murphy on the national stage is that there isn’t an obvious job opening in the foreseeable future. The same can’t be said for Christie, but still most New Jerseyans seem to think his disappointing 2016 run should have been enough for him,” said Patrick Murray, director of the independent Monmouth University Polling Institute.

“One of the differences between Murphy and Booker is that Booker has stayed on the national stage after his 2020 run, and there’s a natural inclination to feel that a Senator has his eyes on the White House,” added Murray.

Of note, Booker’s positive job marks among registered voters has been above 50% for the past three years, ranging between 51% and 57% (currently 52%). Voter approval for counterpart Sen. Bob Menendez (38%), on the other hand, has dipped slightly from the 43% to 46% range recorded in Monmouth polling since 2020. Menendez is up for election in 2024.

The poll asked how New Jerseyans would feel if Dr. Mehmet Oz returned to New Jersey to run for office. Only 24% said they would like to see it happen, while 66% did not.

Of note, Dr. Oz was criticized for his residency status. Many argued he was a New Jersey resident but was running for a U.S. Senate Seat for Pennsylvania in 2022.

“I have no idea if Oz is harboring any notions of using New Jersey as another political launching pad, but it doesn’t look like he’s got enough fuel to takeoff,” said Murray.