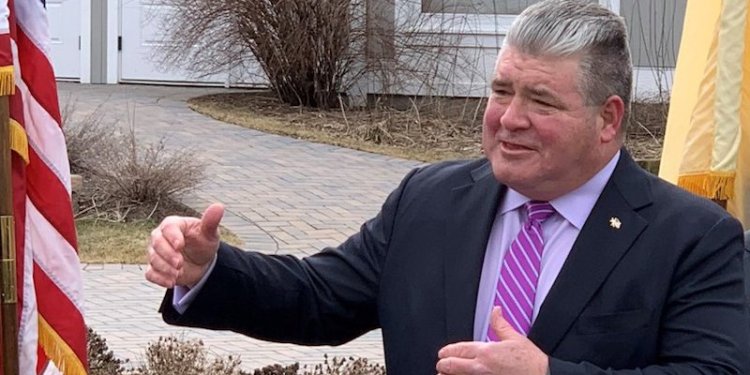 “When the Murphy Administration says this funding will help abortion clinics to ‘deliver care to more patients,’ they really mean it will help to terminate more pregnancies,” said Oroho (R-24). “This is just the latest step in Gov. Murphy’s extreme plan to use taxpayer dollars to fund more abortions without limits right up until the moment of birth.”

According to the governor, over $6 million dollars of no-interest forgivable loans has already been earmarked to 15 abortion clinics to begin upgrades to their facilities. The loans are the first issued within the $10 million dollar loan program, with another $3.8 million dollars in reserve, available for an upcoming second round of loans.

The governor had previously announced his plan to make the Garden State a as a safe haven for those seeking an abortion. That announcement set off a firestorm with Oroho warning in May 2022 of the governor’s intent, turning the Garden State into an abortion haven with no limitations that could result in higher taxes along with increased healthcare premium costs for all New Jerseyans within the state.

And Murphy in December announced a $5 million dollar grant program to expand the number of abortion providers within the state, including non-doctors who aren’t required to have a medical background.

“We’re watching this radical plan being put into effect by the Murphy administration to ramp up the capacity of abortion clinics on an industrial scale with the support of taxpayer funds,” lamented Oroho. “Sadly, few Trenton Democrats seem to show the same level of dedication to improving support for pregnant women, mothers, and their babies as they do for growing the number of abortions performed in New Jersey.”

The governor’s announcement in making the Garden State one of the nation’s leading providers for women’s healthcare is part of Murphy’s plan to expand the practice in New Jersey with additional state funding. The funding includes zero-percent interest loans for upgrades at reproductive health care facilities and grants for security enhancements.

“We must and will continue to take a comprehensive approach to making reproductive health care safe and accessible to all who need it in our state,” said Murphy. “This is a matter of defending a fundamental right that remains under attack throughout our country. New Jersey will continue to serve as a safe haven for both providers and patients as we take additional steps to ensure protected, equitable access to this critical care.”

Following the U.S. Supreme Court’s decision to restore the issue of abortion back to the states, the program is distributed through the New Jersey Department of Health, in partnership with the New Jersey Health Care Facilities Financing Authority, to offering the zero-percent interest, forgivable loans to abortion clinics seeking to make facility upgrades.

According to Health Commissioner Judith Persichilli, “This program is an important step in the Murphy Administration’s ongoing commitment to helping ensure access to reproductive health care services throughout New Jersey.”

“These loans will support the improvement of facilities with equipment upgrades, increased staffing, and expanded IT services to enhance reproductive health care.”