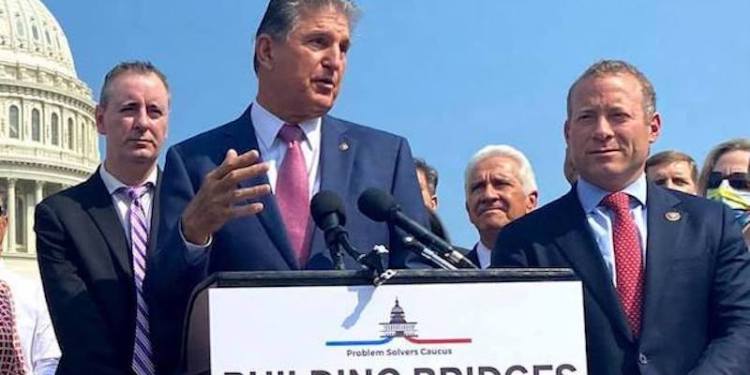 A North Jersey Democratic lawmaker is being promoted as being more influential in the new Congress than Republican members of the majority.

In a Politico article entitled “The Real Power in the New Congress Isn’t Where Matt Gaetz Thinks It Is” published last weekend, Rep. Josh Gottheimer is being touted as a House member that can work between both parties as well as chambers to to obtain votes that will will to the passage of legislation over the next two years in his role with the bipartisan Problem Solvers Caucus.

The story highlights the relationship between House Minority Leader Hakeem Jeffries and Gottheimer, including their successful ability to deliver the “$550 billion infrastructure bill from a months-long stalemate caused by Democratic infighting.”

At the center of Gottheimer’s newly found influence is the Problem Solvers Caucus that he co-chairs. The article described Gottheimer being well-known in the Democratic caucus for an “antagonistic centrism that irked then-Speaker Nancy Pelosi and her left flank in equal measure.” But by midnight on the day Pelosi gave her assent, and only one day after the meeting in Jeffries’ office, the infrastructure bill had passed with 13 of Gottheimer’s GOP allies from the caucus.

The article noted that “For many Democrats, passage of the infrastructure bill was a stunning reversal of fortune for a despondent party….Gottheimer had done it by playing his self-appointed role as a mediator between two Washington tribes that rarely speak the same language, let alone sit at the same table to get something done.”

As the 118th Congress takes shape, it is a role that Gottheimer is ready to reprise in order to get legislation passed through a divided Congress.

“There’s going to be things they have to get done,” Gottheimer said in the story, listing legislative matters such as keeping the government funded, raising the debt limit and passing a farm bill. “The only way that will happen is if moderate Democrats work with a group of Republicans to help them get it across the finish line.”

The rules of the invitation-only Problem Solvers Caucus as described by Politico are quite simple—they do not leak, they vow never to campaign against each other, each member would join with a member in the opposite party and if 75% of the caucus agreed to endorse a bill, 100% of their group must support it on the floor.

But the caucus is not beloved by all of Gottheimer Democratic colleagues. Besides Pelosi, mistrust is acute on the left that “abhors” his ties to the centrist group No Labels, whose donors include those the hedge fund and private equity worlds. Others note his style of governing recalls that of his former boss, President Bill Clinton, that they believe has undermined Democratic priorities such as immigration.

One of the keys for the Problem Solvers Caucus this term is that both co-chairs are close to their parties’ respective leaders in the House: Fitzpatrick to Speaker of the House Kevin McCarthy (R-CA) and Gottheimer with Jefferies.

Gottheimer, too, is on good terms with McCarthy — to a point: “I have a good relationship with Kevin,” he said, adding quickly, “If he had to kill me, he would.”

Fitzpatrick and Sen. Joe Manchin (D-WV) expects the bipartisan caucus to have a huge impact when it comes to rounding up votes for the debt limit, Ukraine funding, federal surveillance bills, shore up Social Security and bolster U.S. energy sources among other issues.

“People can get upset, it’s because he’s just not out of sync — he’s grounded. He’s grounded in reality. He’s realistic about what can be done in a democracy that takes compromise. That’s Josh Gottheimer,” Manchin told Politico, who praised the Bergen County lawmaker for his vote counting ability. “I have learned to truly trust and work with him when he tells me it’s factual. He checks it out for us. ‘I think I can do this. I don’t think I can. I think we might have a problem here. What do you think?’ We go back and forth. He’s always been dead-on.”

As another caucus member, Rep. Dean Phillips (D-MN), states, “This is the opportunity for the Problem Solvers Caucus to really play that role that it has struggled to play. (Gottheimer) is the gatekeeper on one side and Fitzpatrick, the gatekeeper on the other. More likely it starts with them.”

With slim margins in both houses and Problem Solvers Caucus members expected to grow their ranks past the 58 they had in the last Congress, the ability to deliver votes this year is one that will be sought by Republican and Democrats alike.

After their success last year and close relationship with the top leaders on both sides of the aisle, Gottheimer said Washington lawmakers are “going to have to cut deals. (And) they’re going to turn to people like me.”