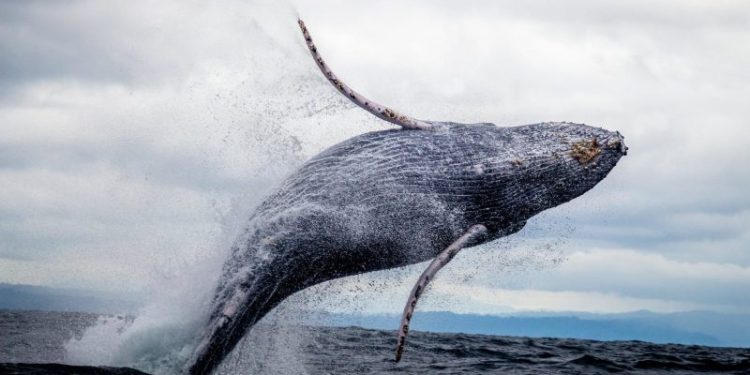 Photo by Silvana Palacios on Pexels.com

New Jersey legislators are calling for an immediate halt to offshore Wind Turbine Project pending an investigation into why so many large whales are suddenly dying and washing ashore on New Jersey beaches.

The sudden spike in whale deaths has prompted both Assemblyman Gerry Scharfenberger and Assemblywoman Victoria Flynn calling for an emergency moratorium on any new construction or underwater surveying linked to the Wind Turbine Project and to also investigate whether the Project is actually damaging the natural undersea habitat of marine wildlife.

“We join with our fellow legislators at the State and Federal levels in calling for an immediate, emergency moratorium on all offshore wind turbine developments until we can have scientific assurances that these projects are not harming vital fisheries and our marine ecosystems along New Jersey’s coastline,” wrote Flynn and Scharfenberger.

“Our concerns have grown exponentially with each report citing another whale washing ashore. The sensitivity of sea life to electromagnetic fields as well as disturbances in migration routes is astounding. Until we know for a certainty that these new wind turbines are not harming marine animals – we must halt any and all projects to ensure against further harm.”

According to the National Oceanic and Atmospheric Administration’s Fisheries division, a total of 18 humpback whales across the Atlantic coast washed ashore in 2022, with New Jersey reporting six whale deaths, the highest number of any coastal state or country.

A seventh whale washed ashore only three weeks into the new year prompting Assemblywomen Kim Eulner and Marilyn Piperno (R-11) to join the growing list of state officials and legislators calling on Governor Murphy to immediately suspend any additional offshore wind development activity and investigate the cause of why whales are either suddenly beaching themselves or washing ashore dead, on New Jersey’s coastline.

One theory advanced by environmentalists may be that sound navigation and underwater sonar equipment used in mapping out undersea terrain for the offshore wind project may be emitting harmful and confusing signals disrupting a whale’s natural navigational abilities which may cause whales to unintentionally collide with vessels at sea.

While it’s much too early to assess what is causing the sudden spike in whale deaths, experts agree that a full necropsy in needed on whale carcasses washed ashore to hopefully figure out the actual cause of death, those results could take at least several months to complete.

In a statement, Eulner and Piperno said, “It is grossly irresponsible to continue such oceanic activities without concern or understanding of the events that led to the deaths of at least seven whales. We join our fellow legislators and congressional leaders in the call to temporarily cease offshore wind developments until a comprehensive investigation provides a sufficient explanation.”

Polistina urged the Murphy administration to suspend any further offshore activity pertaining to the Wind Turbine Project until a proper investigation is conducted to determine if the Project is ultimately responsible for the unprecedented spike in whale deaths.

“We should suspend all work related to offshore wind development until we can determine the cause of death of these whales, some of which are endangered,” Polistina stated. “The work related to offshore wind projects is the primary difference in our waters, and it’s hard to believe that the death of six whales on our beaches is just a coincidence.”

Somewhat surprisingly, one of the most influential environmental organization in the state—the Sierra Club— is pushing back claiming that linking the Wind Turbine Project and the sudden spike in whale mortalities is “unfounded and premature.”

While the coalition of environmental activists encourages more research into the cause of deaths along with the wider issue of how climate change technology may be negatively impacting marine wildlife, they don’t endorse halting the project; unless a direct link is established proving the Wind Turbine Project is directly at fault.

“Blaming offshore wind projects on whale mortality without evidence is not only irresponsible but overshadows the very real threats of climate change, plastic pollution, and unsustainable fishery management practices to these animals,” commented Anjuli Ramos- Busot, New Jersey Director of the Sierra Club exclaimed. “There have been many mitigation techniques identified for reducing the threat of offshore wind development to whales and other wildlife. We should focus on implementing this while continuing to push for clean energy. These include specific turbine configurations and entanglement deterrents.”