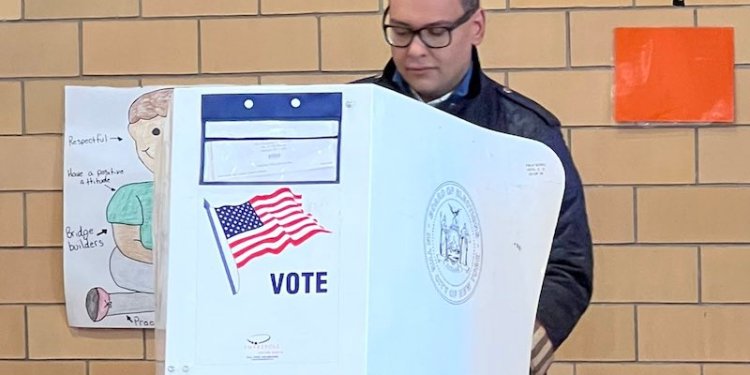 As Congress begins its new term, the story that has truly crossed over is the saga of New York Representative George Santos.

A quick explainer—Santos has admitted to embellishing (and we use that word very loosely) his resume in his House race for the Empire State’s 3rd legislative district that covers northern Long Island and northeast Queens. Even before he was elected, there were questions about his personal and professional background.

Among the issues that have been uncovered since Nov. 8:

Most of the items we have cited he has admitted to lying about.

Then the story crossed over to our side of the Hudson after Richard Osthoff, a disabled veteran, said Santos in 2016 raised money for a life-saving surgery for his ailing dog Sapphire via a GoFundMe fundraiser.

Osthoff, who was homeless and living in a tent in Howell at the time, met Santos—going by the name of Anthony Devolder—through a veterinary technician who said a charity run by Devolder could help pay for Sapphire’s surgery. Osthoff said before he even spoke to or texted with Devolder, a GoFundMe page to raise money for Sapphire’s surgery. But Osthoff never received the money.

Despite all the evidence that Santos is a real life Talented Mr. Ripley, GOP leadership saw it fit to sit Santos on two House committees—including the Small Business Committee despite questions about payments to his own firm, the Devolder Organization. And it was over the pleas from the Nassau County Republican Party and members of Speaker of the House Kevin McCarthy’s own conference for Santos to step down.

To us, the story goes past Santos—it goes to accountability and what is right. And what is right is that GOP leadership should demand Santos resign or begin actions to remove him. Seemingly every damning revelation—including one this past weekend—has been confirmed by the man himself.

Politicians have low public ratings because of how they turn a blind eye to matters that in any other walk of life would lead to the firing of someone who allegedly committed numerous frauds. Republicans love to talk about how government should be run like a business—if that was true, George Santos would be on the unemployment line.

House Republicans in this term are seeking to portray themselves as the arbiters of good governance, with hearings on the actions of individuals such as Hunter Biden to government agencies such as the FBI having biases against conservatives and their movement they believe are of national importance.

If the GOP wants to be viewed as having any credibility at all in the eyes of Americans when it comes to their investigations, they should start with removing Rep. George Santos from office. That is accountability that all Americans can get behind.