State Sen. Gopal wants answers to why election was certified 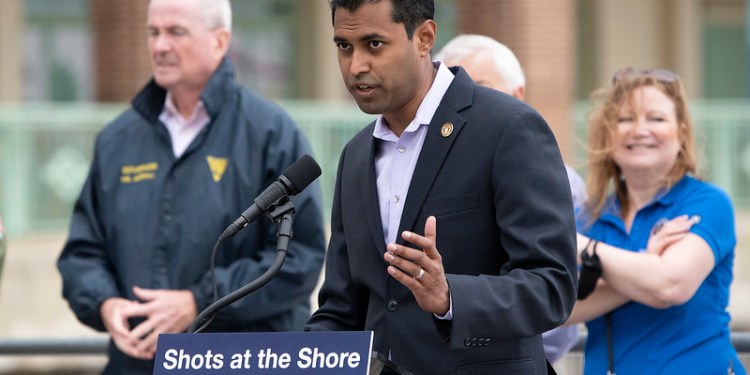 The 37-year-old lawmaker called for the probe after it was revealed that voting machines malfunctioned causing votes to be erroneously tabulated within at least six voting districts, resulting in at least one local election result being reversed.

“Reversing the outcome of a race over two months after the election is completely unacceptable and creates an opening for questions about the integrity of elections in Monmouth County, and the state,” Gopal said. “Monmouth County, and the state, owes voters complete transparency on how these errors occurred and what steps are being taken to ensure they never repeat.”

“A full investigation of all processes of the County Clerk and Board of Election, in addition to anything relating to the elections process needs to happen immediately.”

According to media reports, a correct vote would possible change the outcome of a school board race in Ocean Township. Steve Clayton defeated Jeffrey Weinstein by 20 votes, 3,523 to 3,503 and took office this month.  A new tally conducted showed Weinstein ahead by one vote.  The final results are unlikely to change in the other three municipalities — Belmar, Fair Haven and Tinton Falls — where elections were not close, but the final numbers could be changed.

Even more disturbing to lawmakers than the voting machine issue is the revelation that election officials actually knew weeks ago, well in advance that there were serious issues with the final tabulation and yet still decided to certify the flawed election results.

According to a request filed on Nov. 21, 2022, under New Jersey’s Open Public Records Act by former  Belmar councilman by James Bean, he notified the office of the Monmouth County Superintendent of Elections that the vote tabulation results within his hometown on Nov. 8 didn’t add up.

The shore town community was one of four municipalities that experienced inaccurate voting results; in some instances, votes were double counted. The culprit, according election officials, was the computer software package within the voting machines supplied by Election Systems and Software (ES&S).

Officials finally acknowledged this month that a prescribed method of installing the software in July 2022 within the voting machines was somehow integrated incorrectly which resulted in the double counting of votes in some instances on election night.

Additionally, fail-safe procedures that were in place at the time, also failed allowing the error to continue undetected. However, Beans public notification forced election officials to conduct an audit of the voting machines which once again erroneously reported that “the tabulation accuracy was 100%.”

The obvious discrepancies between Beans initial examination of the election results and the official tabulation caught the attention in mid-December of the New Jersey Globe, which first reported on the issue.

In the race for Belmar mayor, a total of 2,512 votes were cast, but election results certified by Monmouth County showed a total of 2,823 votes cast for the two candidates, Democrat Gerald Buccafusco and Republican Mark Walsifer. Buccafusco won by 111 votes, but tallies show 311 more votes were counted than the total cast on Nov. 8.

“I emailed everyone over there for weeks and I couldn’t get an answer,” Bean told the New Jersey Globe.  “Nobody in the county can tell me where these 311 votes came from.”

The issue is head to court after the Monmouth County Board of Elections asked for a recount against the advice of the attorney general’s office. The mishap has caused a considerable amount of anxiety and frustration among election officials and candidates within both parties.

Local election officials are blaming Deputy Attorney General Susan Scott for a lack of transparency, saying she had advised against publicly disclosing the tabulation error. The attorney general’s office acts as the legal counsel for the county election board, which only became aware of the growing issue this month

Aside from Belmar County, three other municipalities were affected by the software glitch: Fair Haven, Tinton Falls and Ocean Counties.

ES&S is one of the major software vendors servicing a large segment of U.S. voting machines in the country, is downplaying the error within the Garden State as rare.

“In Monmouth County, the outcome of one race in the 2022 November General Election – a local, nonpartisan race – was affected due to USB flash media being loaded twice into the results reporting module,” said Katrina Granger, an ES&S spokesperson. “This isolated incident occurred due to a human procedural error.  An audit of the system yielded this information.”

The statement does not address that ES&S did not initially uncover the problem their mishandling of the software resulting in votes being double counted as claimed, but rather a review by a local official noticing voting irregularities and requesting a review of the voting results which lead election officials to uncover the error.