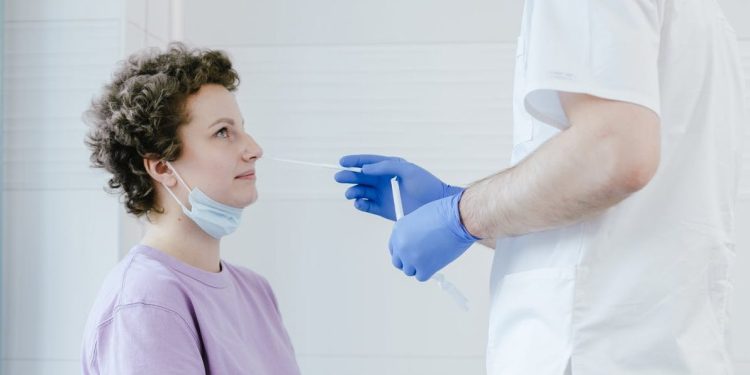 A new Monmouth poll finds that while a majority of New Jerseyans are still concerned about the effect the coronavirus could have on them or a family member, they are still resistant to taking steps to combat the virus.

Additionally, Gov. Phil Murphy continues to poll above 60% in regards to how he has handled the pandemic over the last three years.

In a survey released Jan. 24, the number of Garden State residents who report testing positive for COVID has surpassed a majority. But fewer than one in four have received the bivalent booster shot that became available last fall and, by a two to one margin, oppose bringing back mask and social distancing guidelines.

The number of state residents who report testing positive for COVID has risen to 56% in the current poll from 38% nearly a year ago, an increase reported in every demographic group the Jersey Shore polling outfit examined. A total of 57% of respondents (27% very and 30% somewhat) stated they were concerned about someone in their family becoming seriously ill from the coronavirus outbreak. This level of concern is up slightly from 50% in April 2022, but lower than the about two in three in 2021.

But the rise in cases and concerns has not resulted in a willingness to return to the more controversial steps enacted to previously help slow the spread of the virus. Just 32% of Garden State residents support reinstituting general face mask and social distancing guidelines in the state, while 63% are opposed.

While these results are virtually unchanged from last year, this is a reversal from polls taken in 2021 when 6 in 10 backed bringing back these measures. Support for reinstituting COVID guidelines is what one would expect when it comes to political identification—50% of Democrats who support bringing back social distancing measures to just 26% of Independents and 15% of Republicans who feel the same.

Patrick Murray, director of the independent Monmouth University Polling Institute, summed up the polls finding as “New Jersey’s attitude seems to be COVID is here to stay and we’ve just got to live with it.”

Results are mixed for the vaccine campaign state official have waged—82% of respondents said that they have received at least one dose of the vaccine with 66% saying they received a booster shot. But only 23% of the adult population has gotten the bivalent booster which became available last September.

In breaking down the demographics in regards to the bivalent booster, 33% of those age 55 and older have gotten it versus fewer than 1 in 5 adults under 55 years old. Uptake of the new booster is more common among Democrats (35%) than among Independents (18%) and Republicans (15%).

On top of the nearly 1 in 4 who have gotten the new booster, another 16% say they are very likely to get it. At the other end of the spectrum, 35% say they are not at all likely to get it. Garden State residents are only slightly more willing to get the bivalent booster than all Americans based on a Fall 2022 Monmouth national polling.

“New Jerseyans may be vaxxed out at this point,” offered Murray. “Based on past findings, most of those who will get the new booster have already done so. If you don’t feel you are very likely to do it, you almost certainly won’t. That means it’s probable that less than half of the state population will be covered by the bivalent booster.”

As for the politics of the coronavirus, Gov. Murphy continues to receive broadly positive reviews for his handling of the pandemic as 66% responded he has done a good job versus 26% giving him a thumbs down. Approval of Murphy’s COVID actions come from 91% of Democrats, 61% of Independents, and 37% of Republicans.

Monmouth’s Murray pointed out the governor’s positive rating for handling COVID has never dropped below 60% since the pandemic started three years ago.

“More than a handful of Republicans give Murphy props for how he’s dealt with the pandemic, which is saying something in the current political environment. It’s just not the most important issue for state residents of any partisan stripe right now,” said Murray.